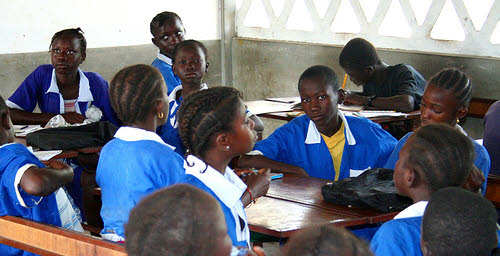 As the world continues to add close to 80 million people each year, high population growth is running up against the limits of our finite planet, threatening global economic and political stability. To stay within the bounds of the earth’s natural resources, the world’s population will have to stabilize.

The United Nations’ recently revised “medium” projection shows world population exceeding 9 billion by 2045. In the “high” projection, which assumes high levels of fertility, world population would top 10 billion by the same year. But spreading hunger and poverty, along with the conflict and disease that come with them, could forcibly curtail growth before we reach 9 billion. Alternatively, the “low” projection suggests it is possible for world population to peak at just over 8 billion around 2045 if we voluntarily make rapid reductions in family size. Fertility rates tend to be highest in the world’s least developed countries. When mortality rates decline quickly but fertility rates fail to follow, countries can find it harder to reduce poverty. Poverty, in turn, increases the likelihood of having many children, trapping families and countries in a vicious cycle. Conversely, countries that quickly slow population growth can receive a “demographic bonus”: the economic and social rewards that come from a smaller number of young dependents relative to the number of working adults. One of the most effective ways to lower population growth and reduce poverty is to provide adequate education for both girls and boys. Countries in which more children are enrolled in school—even at the primary level—tend to have strikingly lower fertility rates.

Female education is especially important. Research consistently shows that women who are empowered through education tend to have fewer children and have them later. If and when they do become mothers, they tend to be healthier and raise healthier children, who then also stay in school longer. They earn more money with which to support their families, and contribute more to their communities’ economic growth. Indeed, educating girls can transform whole communities.

School meal programs help improve all children’s attendance in low-income countries, but for girls the benefit is profound. Girls are more likely to be expected to contribute to their families by working at home, so sending each additional girl to school may cost her family not only tuition but labor as well. Providing free meals at school helps to offset these costs, particularly when programs include take-home rations. As a result, girls are both more likely to go to school and to keep coming back year after year.

This is significant because girls who reach secondary school are especially likely to have fewer children. Worldwide, 69 million elementary-school-aged children were not in school in 2008, 37 million fewer than in 1999. By 2005, almost two thirds of developing countries had achieved gender parity in elementary school enrollment. Still, a majority of children not in school are female, and early marriage and motherhood keep many of the world’s poorest girls from completing secondary school.

Photo credit: Mishimoto at Flickr under a Creative Commons license