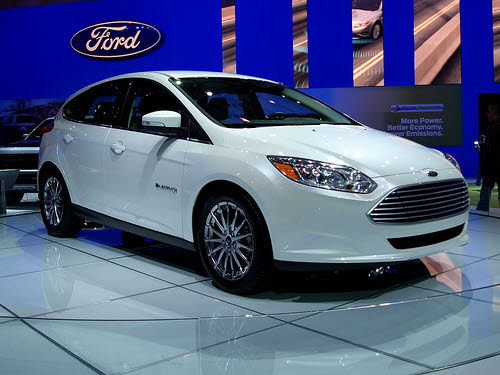 The production lines are humming, sales rooms are buzzing, and people are actually fighting to get on waiting lists – all for a slice of EV (electric vehicle) action. The first serious production – volume electric cars are here – and the dawn of an era of green personal transport has been proclaimed. This is all important news, with vehicle tail pipes accounting for some 20% of all US emissions. A ripple of excitement around electric cars is definitely needed to help choke off those CO2 out-gassings. But there is still a problem, even with EVs: although the tailpipes will no longer be puffing, emissions will only be out of sight, and not out of the air.

The idea of the electric car is simple enough: replacing a gasoline combustion engine with an electric motor which drives transmission. Most make use of a battery, which is charged up overnight by a connection to a household socket. Just drive home, and plug in. So, with no engine burning up fuel, the electric car becomes a zero-emission car, doesn’t it? Unfortunately no.

Firstly, plenty of the models coming onto the market are not propelled purely by electric motors. For example, the Chevy Volt is a plug-in hybrid. It uses the electric motor until its battery is partially discharged, and then the gasoline motor takes over. The Toyota Prius plug-in also has an electric motor in use for maybe 15 miles before the hybrid gas engine kicks in. The only mass-market pure-electric vehicle making headway is the Nissan LEAF – though Ford is promising a range of hybrids, plug-in hybrids and full-battery versions with its new Focus.

But even putting the gas-electric mix of many of these EVs to one side, you have to remember the emissions story really begins with the source of their electricity. The battery will, typically, be charging from the householder’s main supply. So, in order to assess whether an electric car will be low emissions, you need to look at the emissions make-up of the power utility’s grid. And that depends on the proportion of coal, gas, nuclear and renewables in their electricity-generation mix.

At the moment, the average US electrical supply has 590g of CO2-equivalent of greenhouse gases, wrapped up in each kilowatt-hour. But that does vary enormously from state to state: North Dakota is nearer 1000g, whereas Vermont is as low as 15g per kWh. If these hidden emissions are factored into the calculations of carbon footprints for a 100 mile trip, then both pure electric and plug-in hybrids are found to be pretty close to that of general hybrid cars.

But they do all show a 25-30% reduction in foot print when compared to the standard car – good, but certainly not a game-breaker. The EPA, and local state authorities agree, and none of these new models is being given the much-coveted ‘zero emission’ tag. So does that make all the fireworks around electric car purchases something of a damp squib? Not really: there are several other pluses to these first generation EVs.

The Upsides to New Electric Vehicles

Firstly, there is the major reduction in tailpipe emissions. This means that you are helping to give fresh air a chance in the smog-draped cities of the US. Second, if your daily mileage is 30 miles or less, even plug-in hybrids will be hitting 50-100% electric use. So for those who make mainly short trips, the emissions savings may be greater. And thirdly, you will be helping to kick-start the electrical revolution.

As a critical mass develops, more resources, and research, will be poured into electric propulsion. That will improve the battery life, charging time and the range of electric vehicles. Also, the power utility networks will start making the investments needed to switch over their networks to handle greater off-peak draw – because EV owners will be charging overnight.

This could even hasten the arrival of a ‘smart energy grid’, where grid-connected EV car batteries help balance out demand peaks. Power suppliers will find themselves under pressure to add capacity to the network, and to add it in renewable forms of generation. The buzz from electric cars could really start the ball rolling on transforming the whole utility grid towards a greener future.

This article is a guest post from Edward Seng, a student blogger who owns a blog offering freeware reviews and downloads at BestFreeOnline.net