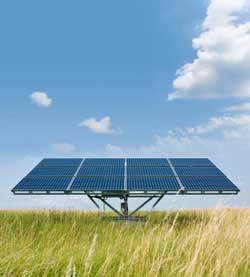 Global warming is the most serious environmental threat of our time.

As these facts show, affordable options are available. And America cannot afford to fall behind any more in the race to invent clean, renewable energy sources.

Amount China has committed to invest in renewable energy sources over the next 15 years.