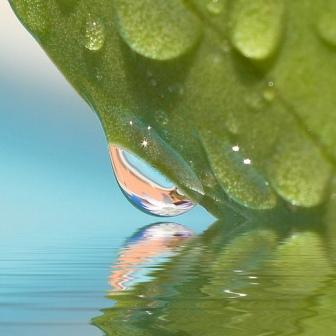 I read a book in one of my sociology classes in college titled Who Is My Neighbor?: Social Affinity in a Modern World. The results and conclusions of the book still stick with me today. Basically, through interviews, the author decided that people could be classified into different categories based on how far their care for others extended. For example, if I remember this all correctly, the first category included people who just basically cared about themselves and their family. Next were people who cared about their community or region, followed by people who felt a great care for and responsibility to their country. Last in the group were people who cared about all people in the world. The author also went on to break down the concept of social affinity (or what I just summarized as “care”) — the different aspects of it are social consciousness, sentiment, and action, according to the author.

I would say that the spectrum layed out in that book could go one ring further to include people who care for all living things, all life.

In fact, the spectrum layed out by the author was displayed in a sort of worldly, practical way, but it is actually similar to a variation presented in a more spiritual way by various religions and spirtual paths as well.

“CARE FOR ALL THINGS” IN SPIRITUAL PATHS AND RELIGIONS

Buddhism talks about an “awakening” and sometimes even a series of awakenings leading one further and further into a spiritual life. The end goal is a sort of ultimate understanding and love.

Christianity talks about “coming to Christ” in a positive since that often means coming to a greater understanding and becoming a better human being, as well as believing in Christ as your savior. As part of this, the Bible says to “love thy neighbor as theyself,” to care for the feelings of all other people, and to care for and protect all animals and nature. Basically, love and care for others, for all of life.

In harmony with the Way,
the sky is clear and spacious,
the earth is solid and full,
all creatures flourish together,
content with the way they are,
endlessly repeating themselves,
endlessly renewed.

Other religions and spiritual paths talk about coming to deeper understanding and care in their own languages as well.

Environmentalism, therefore, can be about ensuring we, our families, and other people we care about or who are close to us remain safe and live with a high standard of life. At its narrowest, this environmentalism is called NIMBYISM (Not In My Back Yard syndrome). Environmentalism can also be a greater concern (or sentiment) for all humanity, or on a deeper level, for all the living animals and even plants in the world. This can be a “negative” caring — worry — or a pure, open caring — one that is present and just as abundant in all situations, not just in the face of trouble.

This is not to say that we should not act in response to the many practical problems we see in the world — work to address them. This piece is just to encourage us all (myself included) to look at the different layers of our environmentalism, to see how deep it goes, and to bring environmentalism outside of the spectrum of a solely physical phenomenon.

May we all be deeper environmentalists!!

For more articles like this, read:
1) Care and the Environment: A Proposition for Further Personal Growth
2) Environmental Degradation and the Self: The Link between the Two

Image Credit 3: h.koppdelaney via flickr under a Creative Commons license