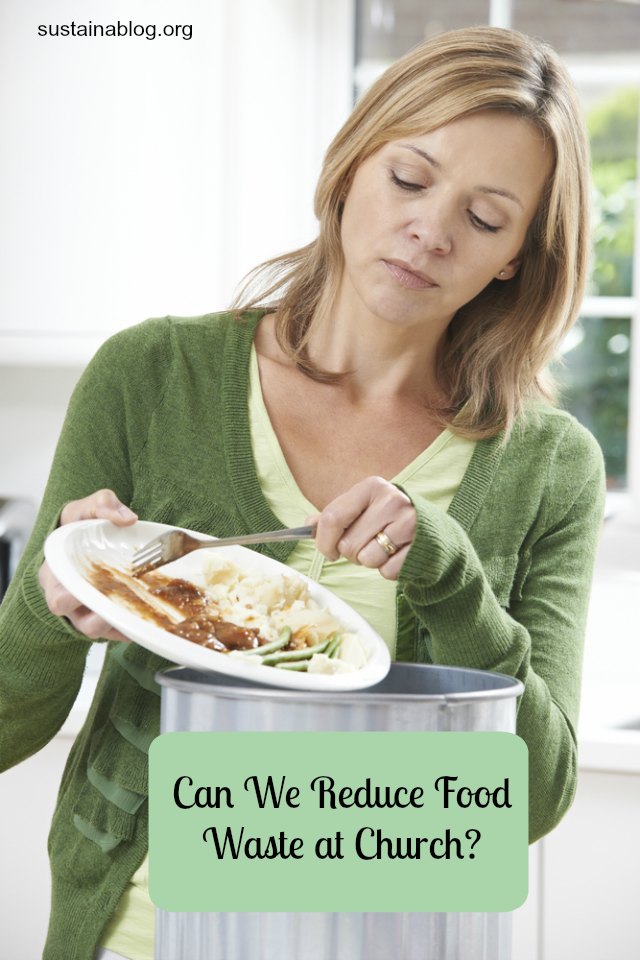 Ever had to clean up after a wedding? A funeral? How about church/synagogue/mosque coffee hour? All of these events involve food, and the clean-up effort involves disposing of what’s left over. Despite the time, effort, and expense that went into preparing and serving these snacks and/or meals, the remains – edible or not – still often end up in the trash. Faith communities certainly make their own contributions to the 40% of food that gets wasted in the United States, and, now, the Environmental Protection Agency is targeting these same groups for working to reduce food waste.

The Food Steward’s Pledge asks people of faith to learn more about the problem of food waste, to examine their own contribution to it, and then to take practical step to keep food out of landfills. EPA administrator Gina McCarthy tells NPR that faith communities are made up of “…incredibly motivated and dedicated people,” making them key to better addressing and systematizing how we address food waste in the US.

Certainly a big part of that motivation and dedication comes from tenants of belief found in most major religions. Taking care of the poor and hungry, for instance, already plays a role in many congregations’ community efforts: from small food pantries to organized meal delivery efforts, feeding people has always been a part of religious outreach. The Food Steward’s Pledge asks people of faith to think about the food they throw away within this context: why dump edible food when it could contribute to a community’s mission to feed others?

But food waste isn’t just about hunger: more broadly, it’s about the waste of resources like energy, water, and soil nutrition that goes into the food we eat. The EPA’s new effort also connects with existing faith-based environmental efforts focused on climate change, renewable energy use, and sustainable agricultural practices. So existing organizations like the Evangelical Environmental Network, or Creation Justice Ministries, make sensible targets for such an effort. EEN has already moved in this direction with its “Joseph’s Pledge” program that provides education for congregations to deal with food waste responsibly. Efforts like composting, and maybe even small-scale waste-to-energy projects, could pop up at churches, temples, and other centers of worship as these organizations work to wring every bit of use out of this “waste” while reducing their carbon footprints and other environmental impacts.

No doubt most congregations want to reduce their food waste: if anything, it’s a waste of money that could be used more effectively in a community’s ministry. Giving these groups guidance, as well as a network of similar groups dealing with these challenges, makes a lot of sense (without veering into support of religion). Does your congregation work to reduce/eliminate its food waste? Or is it thinking about joining the Food Steward’s program? Share your experiences with us in the comments.

Thanks to The Hunger Page on Facebook for the heads up!