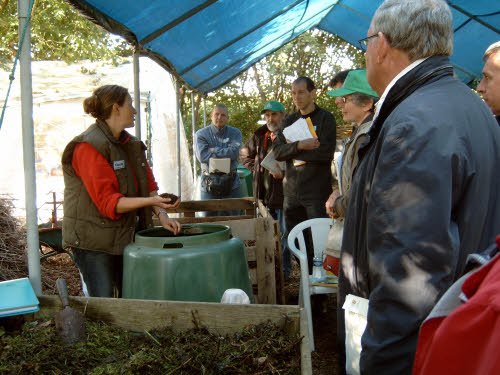 By Cecilia Allen and the Global Alliance for Incinerator Alternatives

“Environmental Possibilities: Zero Waste” features new ways of thinking, acting, and shaping government policy that are circling the globe. Each week, we highlight a success story in the zero waste movement, excerpted from the report On the Road to Zero Waste: Successes and Lessons from Around the World by the Global Alliance for Incinerator Alternatives (GAIA). GAIA is a powerful worldwide alliance of more than 650 grassroots groups, non-governmental organizations, and individuals in over 90 countries. Their collective goal is a just, toxic-free world without incineration. Other Worlds is excited to promote the work of GAIA and the organized communities it works with, and hopes that the stories inspire you and others to begin moving your home, town or city, nation, and planet toward zero waste.

The Flemish region of Belgium boasts the highest waste diversion rate in Europe. Almost three-fourths of the residential waste produced in the region is reused, recycled, or composted. Since the first Waste Decree was approved in Flanders in 1981, regional goals (for overall residential waste generation, separate collection, and residual waste after source separation and home composting) have been met and then exceeded, allowing more ambitious goals to be set in subsequent waste plans that are developed every four to five years. With these successes, the emphasis of waste management policies transitioned from disposal to source separation and recycling, and finally to waste prevention. Per capita waste generation in Flanders has held steady since 2000, showing a rare example of economic growth without increased waste generation.

The first plan for vegetable, fruit, and garden (VFG) waste, developed between 1991 and 1995, led to the creation of the non-profit Flemish compost organization, VLACO. VLACO encourages organic waste prevention, promotes composting at all levels, certifies compost, and operates as a reference and assistance entity on organic waste materials.

By 2010, 35 compost plants in Flanders (8 for VFG waste and 27 for green waste) and 29 anaerobic digestion plants were processing organic residential waste together with manure and agricultural waste. Approximately 4,900 tons of organic materials were composted or treated through anaerobic digestion every day. VLACO estimated the energy savings and reduction in CO2 emissions resulting from compost production, compared to a scenario in which the organics were treated through incineration with energy recovery: in 2007, 480,000 fewer tons of CO2 were emitted due to separate collection and composting of 833,000 tons of organic materials.

The Flemish government mandates source separated collection throughout the region. In order to encourage improvements in separation, it also sets targets for per capita residential waste production, home composting, and maximum residuals, which must be met by all municipalities in the region.

In 1998, landfilling of unsorted waste, separated waste suitable for recovery, combustible waste, and all pharmaceuticals was banned, and incineration of separated recyclables and unsorted waste was also prohibited.In addition to incinerator and landfill restrictions, financial mechanisms are used to discourage burying and burning. There is an environmental tax for residual waste treatment that ranges from $9 per ton for incineration to $95 per ton for landfilling. In 2009, the revenues from these levies totaled $36 million.