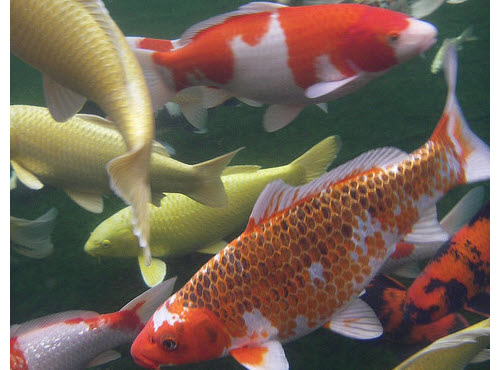 The world quietly reached a milestone in the evolution of the human diet in 2011. For the first time in modern history, world farmed fish production topped beef production. The gap widened in 2012, with output from fish farming—also called aquaculture—reaching a record 66 million tons, compared with production of beef at 63 million tons. And 2013 may well be the first year that people eat more fish raised on farms than caught in the wild. More than just a crossing of lines, these trends illustrate the latest stage in a historic shift in food production—a shift that at its core is a story of natural limits.

As the global demand for animal protein grew more than fivefold over the second half of the twentieth century, humans began to press against the productivity constraints of the world’s rangelands and oceans. Annual beef production climbed from 19 million tons in 1950 to more than 50 million tons in the late 1980s. Over the same period, the wild fish catch ballooned from 17 million tons to close to 90 million tons. But since the late 1980s, the growth in beef production has slowed, and the reported wild fish catch has remained essentially flat. (See data.)

The bottom line is that getting much more food from natural systems may not be possible. Much of the world’s grassland is stocked at or beyond capacity, and most of the world’s fisheries are fished to their limits or already crashing. Overstocked rangelands become obvious as the loss of protective vegetation leads to soil degradation, which at its worst can cause punishing dust and sand storms. Overexploited fisheries are less readily visible, but fishing patterns over time reveal that more effort is required to achieve the same size catch as in years past. Boats are using more fuel and travelling to more remote and deeper waters to bring in their haul. Fishers are pulling up smaller fish, and populations of some of the most popular food fish have collapsed.

Historically, people’s taste in eating animal protein was largely shaped by where they lived. In places with extensive grasslands, like in the United States, Brazil, Argentina, and Australia, people gravitated toward grazing livestock. Along coasts and on islands, as in Japan, wild fish tended to be the protein staple. Today, with little room for expanding the output from rangelands and the seas, producing more beef and fish for a growing and increasingly affluent world population has meant relying on feedlots for fattening cattle and on ponds, nets, and pens for growing fish.

While open waters and grasslands can be self-sustaining if managed carefully, raising fish and livestock in concentrated operations requires inputs. Grain and soybeans have been inserted into the protein production food chain. Cattle consume 7 pounds of grain or more to produce an additional pound of beef. This is twice as high as the grain rations for pigs, and over three times those of poultry. Fish are far more efficient, typically taking less than 2 pounds of feed to add another pound of weight. Pork and poultry are the most widely eaten forms of animal protein worldwide, but farmed fish output is increasing the fastest. Average annual growth rates over the last five years have mirrored the relative efficiency of feed use, with the global production of farmed fish growing by nearly 6 percent a year, poultry by 4 percent, and pork by 1.7 percent—fast outpacing beef, which barely increased at all.

As grain and soybean prices have risen well above historical levels in recent years, the cost of producing grain-eating livestock has also gone up. Higher prices have nudged consumers away from the least-efficient feeders. This means more farmed fish and less beef. In the United States, where the amount of meat in peoples’ diets has been falling since 2004, average consumption of beef per person has dropped by more than 13 percent and that of chicken by 5 percent. U.S. fish consumption has also dropped, but just by 2 percent.

Beyond economic considerations, health and environmental concerns are also leading many people in industrial countries to reduce their beef intake. Meanwhile, fish are touted as healthy alternatives (save for the largest types, which have accumulated mercury from environmental pollution). Diets heavy in red meat have been associated with a higher risk for heart disease and colon cancer, among other ailments. Beef production has garnered a negative reputation for having a large carbon footprint and for destroying habitat, notably in the Brazilian Amazon. And excess nitrogen fertilizer applied to the fields of feed corn grown to satisfy the world’s livestock runs off into streams and rivers, sometimes flowing to coastal waters where it creates large algal blooms and low-oxygen “dead zones” where fish cannot survive.

A Historic Shift in the Practice of Aquaculture

While it is only recently that the limitations of natural systems have emerged on a global scale, the practice of aquaculture dates back millennia. China, which accounts for 62 percent of the world’s farmed fish, has long cultivated different types of carp that eat different things—phytoplankton, zooplankton,  grass, or detritus—together in a mini ecosystem. Today carp and their relatives are still the mainstay of Chinese aquaculture, making up nearly half the country’s output. Filter-feeding mollusks, like clams and oysters, account for close to a third. Carp, catfish, and other species are also grown in Chinese rice paddies, where their waste can fertilize the grain crop. This is also practiced in Indonesia, Thailand, and Egypt. (Other top aquacultural producers include India, Viet Nam, and Bangladesh.)

Unfortunately, not all aquaculture works this way. Some of the farmed fish that are quickly gaining popularity, like salmon and shrimp, are carnivorous species that eat fishmeal or fish oil produced from forage fish from the wild. Yet most forage fish stocks (think anchovies, herrings, and sardines), which typically make up about a third of the world oceanic fish catch, are dangerously overharvested. Fish farmers are working to reduce the amount of fish meal and oil in their rations, but in the rush to meet ever-expanding world demand, the share of farmed fish being fed has increased because they can reach market size quickly. Norway, the world’s top farmed salmon producer, now imports more fish oil than any other country. China, the world’s leading shrimp producer, takes in some 30 percent of the fishmeal traded each year.

As cattle ranches have displaced biologically rich rainforests, fish farms have displaced mangrove forests that provide important fish nursery habitats and protect coasts during storms. Worldwide, aquaculture is thought to be responsible for more than half of all mangrove loss, mostly for shrimp farming. In the Philippines, some two thirds of the country’s mangroves—over 100,000 hectares—have been removed for shrimp farming over the last 40 years.

Another problem with intensive confined animal feeding operations of all kinds, whether for farmed fish or for cattle, is not what gets extracted from the environment but what gets put in it. On a small-scale farm with livestock, animal waste can be used to fertilize crops. But putting large numbers of animals together transforms waste from an asset into a liability. Along with the vast quantities of waste, the antibiotic and parasite-killing chemicals used to deal with the unwanted disease and infestations that can spread easily in crowded conditions also can end up in surrounding ecosystems. The overuse of antibiotics in livestock operations can lead to antibiotic-resistant bacteria, threatening both human and animal health. In the United States, for instance, 80 percent of antibiotics use is in agriculture—and often not for treating sick animals but for promoting rapid weight gain.

Thus the solutions to our collision with the limitations of the natural systems that have long provided food have created their own host of problems. On a per person basis, beef consumption—now averaging less than 20 pounds (8.9 kilograms) each year globally—is unlikely to rebound to the 24 pounds eaten in the 1970s. But annual world fish consumption per person of 42 pounds—up from 25 pounds in the 1970s—is set to keep rising. With the additional fish coming from farms rather than the seas, the urgency of making aquaculture sustainable is clear. On the fish feed front, fishmeal producers are incorporating more seafood scraps into their products; today roughly a third of fishmeal is made up of food fish trimmings and other by-products. And some fish farmers are substituting livestock and poultry processing wastes and plant-based feeds for fishmeal and oil, which does not sound particularly appetizing, but does reduce pressure on wild stocks. From a sustainability standpoint, however, it would be preferable to shift the balance back in favor of farmed fish raised without feeds based on food grains, oilseeds, and protein from other animals.

Our global population of 7 billion people, growing by nearly 80 million per year, cannot escape the limits of nature. To live within Earth’s natural boundaries requires rethinking meat and fish production practices to respect ecology. Most important, it means reducing demand by slowing population growth and, for those of us already living high on the food chain, eating less meat, milk, eggs, and fish.