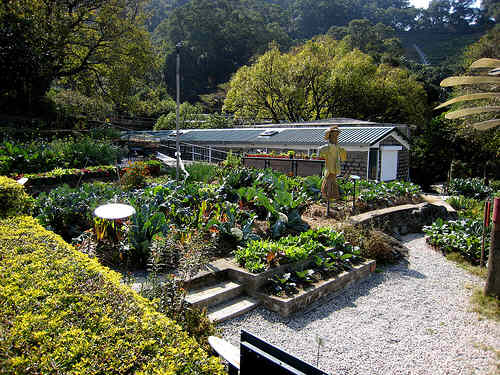 Food that is both local and organic is the golden ideal to strive for not only for the well-being of the environment (and your local economy), but for your own personal health, as well.

Mercola.com references an article that states: “A centralized food system can allow a single batch of contaminated food to hurt people across the country. A single jalapeño pepper patch in Mexico may have sickened 1,400 people in more than 40 states over a four-month period in 2008.”

Mass food production systems, frequently touted by the industry as being safer for individuals, is more often exactly the opposite. Without individual farmers that can monitor their own crops, on a more personal and smaller-scale, the quality decreases and dangers of food contamination increase. Yet the industry constantly claims otherwise, making the work and lives of small farmers increasingly more difficult, simultaneously. Dr. Mercola comments:

Just last year the U.S. government decided to allow food producers to irradiate fresh spinach and iceberg lettuce in order to kill organisms like E. coli and salmonella, but at the expense of nutrients. This way, agribusiness can continue to grow and process spinach and lettuce in the filthiest conditions imaginable, and it will still be perfectly safe for you to eat it, thanks to the varying doses of radiation.

Centralized industrial agriculture’s primary concern is profit, and not producing healthy food, plain and simple. The increased “safety” measures being taken today are mostly in response to the widespread deficiencies of the industrialized food production and distribution system itself! If food were grown responsibly, without chemicals, and not combined from huge farms all over the place, and then shipped huge distances, these food safety issues simply wouldn’t exist as they do today.

If all food were produced on a local, smaller scale, by farmers and families that could much more easily monitor the quality of their food,  you would not see the same level of contamination that occurs across the globe.

You can protect yourself against food contamination by choosing to eat more local and organic foods*, from farmers that you can actually talk to about the food they grow and produce. Good luck trying to find out exactly how and where that conventional apple in the supermarket was grown!

*Link to the sustainablog store