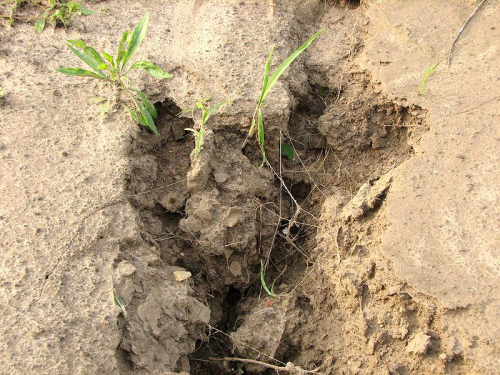 The thin layer of topsoil that covers much of the earth’s land surface is the foundation of civilization. As long as soil erosion on cropland does not exceed new soil formation, all is well. But once it does, it leads to falling soil fertility and eventually to land abandonment. As countries lose their topsoil through overgrazing, overplowing, or deforestation, they eventually lose the capacity to feed themselves. Among those facing this problem are Lesotho, Haiti, Mongolia, and North Korea.

Lesotho, one of Africa’s smallest countries with only 2 million people, is paying a heavy price for its soil losses. A U.N. team visiting in 2002 found that crop production there “is declining and could cease altogether over large tracts of country if steps are not taken to reverse soil erosion, degradation, and the decline in soil fertility.” During the last 10 years, Lesotho’s grain harvest dropped by half as its soil fertility fell. Its collapsing agriculture has left the country heavily dependent on food imports. In the western hemisphere, Haiti was largely self-sufficient in grain 40 years ago. Since then, its population has doubled and it has lost nearly all its forests and much of its topsoil, forcing it to import over half of its grain. Lesotho and Haiti are both dependent on U.N. World Food Programme lifelines. A similar situation exists in Mongolia, where over the last 20 years nearly three fourths of the wheatland has been abandoned and wheat yields have started to fall, shrinking the harvest by four fifths. Mongolia now imports nearly 70 percent of its wheat. Soil erosion is taking a human toll. Whether the degraded land is in Haiti, Lesotho, Mongolia, North Korea, or any of the many other countries losing their soil, the health of the people cannot be separated from the health of the land itself.

More data from World on the Edge by Lester R. Brown is available at www.earth-policy.org.