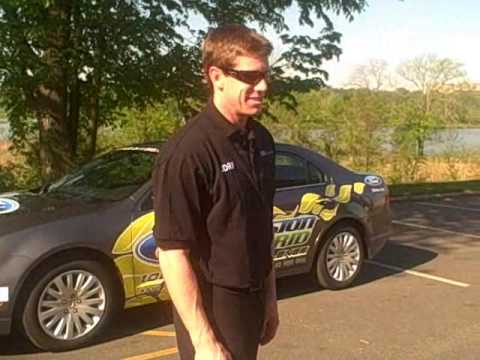 An environmentalist praising an American car maker and a NASCAR driver in the same post? Fasten your seatbelts!

[social_buttons]On Monday, a team of drivers, including hypermiler Wayne Gerdes and NASCAR driver Carl Edwards successfully completed the 1000 mile challenge, taking a 2010 Ford Fusion Hybrid 1005 miles on less than a single tank of gas. (Full disclosure time, my company, BLU MOON Group, does some work with Carl Edwards, but we weren’t involved in this event.) The 1000 mile challenge was also a fundraising event for the Juvenile Diabetes Research Foundation. Here’s the best part, though; they made it over 1000 miles with almost 1/3 tank of gas remaining and achieved more than 80 miles per gallon from the same Fusion Hybrid that you or I can buy. Pretty cool, right?

One of the things that excites me about this was seeing Edwards answering questions about eco-driving techniques and hybrid technology on the FordRacing page on Twitter this morning. Edwards is reaching a whole new audience with important information about fuel efficiency and hybrids, race fans. Plus, he’s connecting with them on issues they care about; driving, saving money and technology. When asked what he thinks of the car, Edwards responded, “you will not be disappointed. The engine has plenty of power. Wouldn’t own one if it didn’t.” That’s quite an endorsement. And to his credit, Edwards was out there this morning despite being in a scary crash on the track at Talladega yesterday.

When Edwards calls the car cool, it can go a long way with his fans and with car enthusiasts. And talking about ways to maximize mileage, like maintaining even throttle pressure and coasting to red lights, like he did this morning on Twitter, helps too.

Everybody seems to love the power gauge:

But engine tech aside, driving’s the ultimate test, and after a day’s worth of seat time I’m here to tell you the Fusion Hybrid should put Toyota on alert. The new SmartGauge EcoGuide features four degrees of drivetrain info, including accessories load and an indication of how much throttle you can apply before the gas engine kicks in. For the visually inclined, a growing vine and leaf graphic encourages more fuel efficient driving—cool! – About.com

On price, the Fusion Hybrid is comparable to the Prius, starting at $27,000, but the Fusion comes with a $3400 Federal tax credit that the Prius does not. It’s listed as getting 41 mpg in the city, a little less than the Prius at 50 mpg, but clearly it can do even better than that.

Toyota is still promising a plug-in Prius in 2010 and Nissan has said it wants to dominate the all electric vehicle space, continuing to put American car makers behind. But it’s good to see Ford catching up, pushing the Fusion hybrid and accelerating their plans for their own electric vehicles. The American car makers have received a lot of much deserved criticism, but today, Ford deserves some praise.