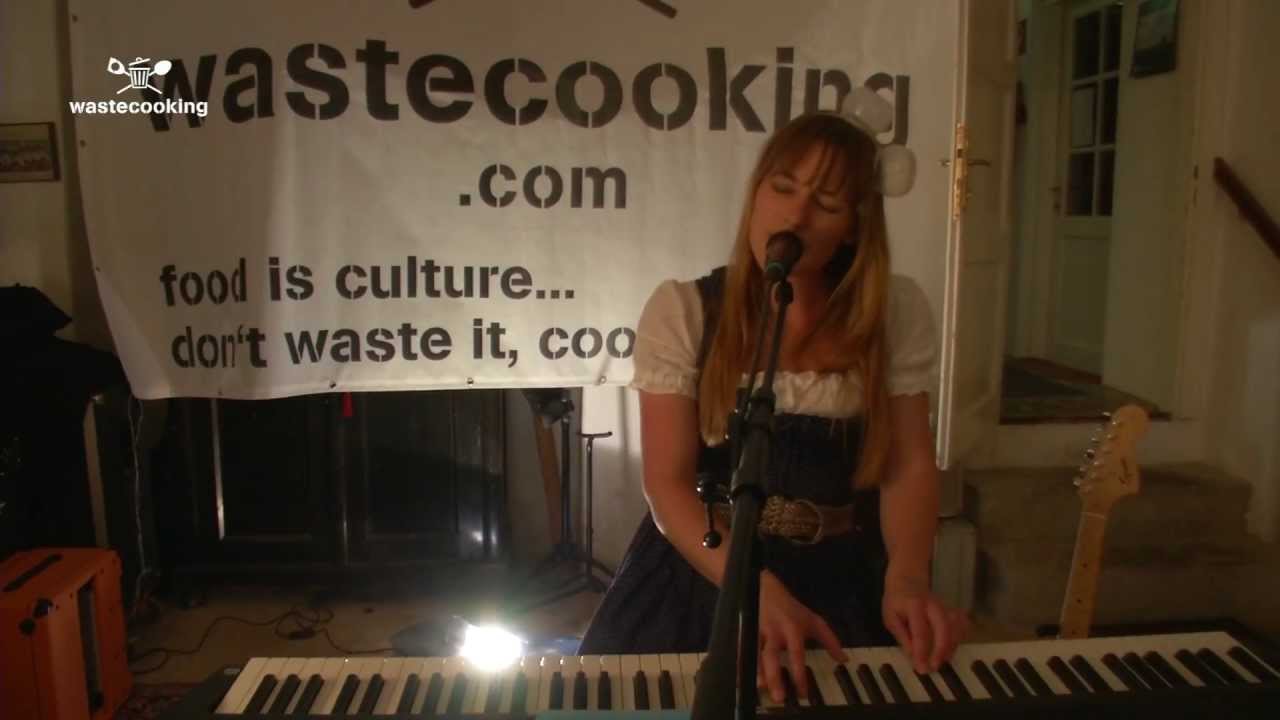 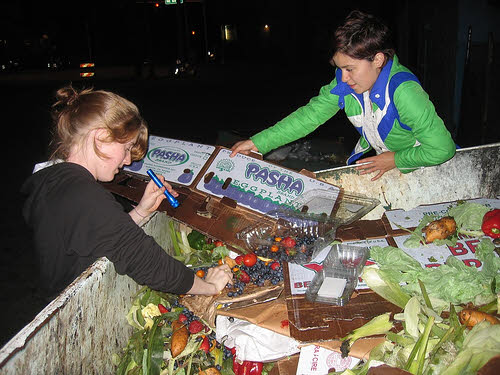 Forty percent of our food gets wasted. That’s a pretty shocking statistic that represents (as we’ve pointed out many times before) broader waste of energy, water, soil fertility, etc. Dumpster diving has become a kind of hip response to this waste of perfectly good food, and now a group of Austrian activists have taken “freeganism” to the next logical step: they’ve created a cooking show for food “rescued” from grocery and restaurant dumpsters.

Started last Spring, Waste Cooking follows food from dumpster to dinner table. Part Food Network, part Greenpeace-style activism, each episode of the show (which is in German) follows the process of finding ingredients (complete with rubber gloves and headlamps), and then making a meal out of the found food. The meal isn’t just shared by the participants in the process, though: they set up an outdoor kitchen where the food is shared with passers-by. This last part creates opportunities for engagement: the Waste Cooking team does let people know that they’re “eating trash” (often after they’ve taken their first bite, of course), and then offers a bit of education on the amount of food that gets wasted in developed countries. Take a look at the short film version they’ve put together (which has English subtitles):

Yep – activism has met reality television! But I think this works: as the creators note, they’re able to “…protest against this waste, with the means of art and without moralizing.” I don’t know how many more episodes of this show they plan to produce, but it’s a pretty effective way of getting the discussion around food waste going… over a good meal!

Check out their website (which is also in German) – they’ve also got recipes available for the dishes they prepare on the show. Let us know what you think: an effective means of illustrating the waste of food that we’ve come to accept as normal?