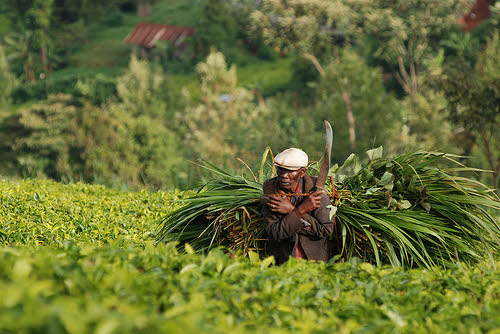 Between 2007 and mid-2008, world grain and soybean prices more than doubled. As food prices climbed everywhere, some exporting countries began to restrict grain shipments in an effort to limit food price inflation at home.Importing countries panicked. Some tried to negotiate long-term grain supply agreements with exporting countries, but in a seller’s market, few were successful. Seemingly overnight, importing countries realized that one of their few options was to find land in other countries on which to produce food for themselves.

Looking for land abroad is not entirely new. Empires expanded through territorial acquisitions, colonial powers set up plantations, and agribusiness firms try to expand their reach. Agricultural analyst Derek Byerlee tracks market-driven investments in foreign land back to the mid-nineteenth century. During the last 150 years, large-scale agricultural investments from industrial countries concentrated primarily on tropical products such as sugarcane, tea, rubber, and bananas.

What is new now is the scramble to secure land abroad for more basic food and feed crops—including wheat, rice, corn, and soybeans—and for biofuels. These land acquisitions of the last several years, or “land grabs” as they are sometimes called, represent a new stage in the emerging geopolitics of food scarcity. They are occurring on a scale and at a pace not seen before.

Among the countries that are leading the charge to buy or lease land abroad, either directly through government entities or through domestically based agribusiness firms, are Saudi Arabia, South Korea, China, and India. Saudi Arabia’s population has simply outrun its land and water resources. The country is fast losing its irrigation water and will soon be totally dependent on imports from the world market or overseas farming projects for its grain.

Land acquisitions, whether to produce food, biofuels, or other crops, raise questions about who will benefit. Even if some of these projects can dramatically boost land productivity, will local people gain from this? When virtually all the inputs—the farm equipment, the fertilizer, the pesticides, the seeds—are brought in from abroad and all the output is shipped out of the country, this contributes little to the local economy and nothing to the local food supply. These land grabs are not only benefiting the rich, they are doing so at the expense of the poor.

As land and water become scarce, as the earth’s temperature rises, and as world food security deteriorates, a dangerous geopolitics of food scarcity is emerging. The conditions giving rise to this have been in the making for several decades, but the situation has come into sharp focus only in the last few years. The land acquisitions discussed here are an integral part of a global power struggle for control of the earth’s land and water resources.