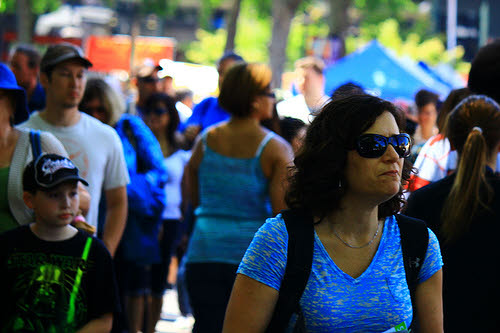 Throughout most of human existence, population growth has been so slow as to be imperceptible within a single generation. Reaching a global population of 1 billion in 1804 required the entire time since modern humans appeared on the scene. To add the second billion, it took until 1927, just over a century. Thirty-three years later, in 1960, world population reached 3 billion. Then the pace sped up, as we added another billion every 13 years or so until we hit 7 billion in late 2011.

One of the consequences of this explosive growth in human numbers is that  human demands have outrun the carrying capacity of the economy’s natural support systems—its forests, fisheries, grasslands, aquifers, and soils. Once demand exceeds the sustainable yield of these natural systems, additional demand can only be satisfied by consuming the resource base itself. We call this overcutting, overfishing, overgrazing, overpumping, and overplowing. It is these overages that are undermining our global civilization.

The exponential growth that has led to this explosive increase in our numbers is not always an easy concept to grasp. As a result, not many of us—including political leaders—realize that a 3 percent annual rate of growth will actually lead to a 20-fold growth in a century.

The French use a riddle to teach exponential growth to schoolchildren. A lily pond, so the riddle goes, contains a single leaf. Each day the number of leaves doubles—two leaves the second day, four the third, eight the fourth, and so on. Question: “If the pond is full on the thirtieth day, at what point is it half full?” Answer: “On the twenty-ninth day.” Our global lily pond may already be in the thirtieth day.

The most recent U.N. demographic projections show world population growing to 9.3 billion by 2050, an addition of 2.3 billion people. Most people think these demographic projections, like most of those made over the last half-century, will in fact materialize. But this is unlikely, given the difficulties in expanding the food supply, such as those posed by spreading water shortages and global warming. We are fast outgrowing the earth’s capacity to sustain our increasing numbers.

World population growth has slowed from the peak of 2.1 percent in 1967 to 1.1 percent in 2011. What is not clear is whether population growth will slow further because we accelerate the shift to smaller families or because we fail to do so and eventually death rates begin to rise. We know what needs to be done. Millions of women in the world want to plan their families but lack access to reproductive health and family planning services. Filling this gap would not only take us a long way toward stabilizing world population, it would also improve the health and well-being of women and their families.

Population projections are based on numerous demographic assumptions, including, among others, fertility levels, age distribution, and life expectancy. They sometimes create the illusion that the world can support these huge increases. But demographers rarely ask such questions as, Will there be enough water to grow food for 2.3 billion more people? Will population growth continue without interruption in the face of crop-shrinking heat waves?