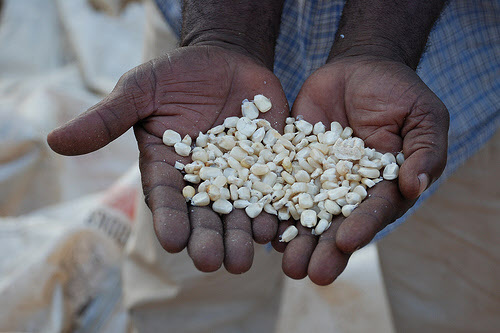 From the beginning of agriculture until the mid-twentieth century, growth in the world grain harvest came almost entirely from expanding the cultivated area. Rises in land productivity were too slow to be visible within a single generation. It is only within the last 60 years or so that rising yields have replaced area expansion as the principal source of growth in world grain production.

The transition was dramatic. Between 1950 and 1973 the world’s farmers doubled the grain harvest, nearly all of it from raising yields. Stated otherwise, expansion during these 23 years equaled the growth in output from the beginning of agriculture until 1950. The keys to this phenomenal expansion were fertilization, irrigation, and higher-yielding varieties, coupled with strong economic incentives for production.

The first country to achieve a steady, sustained rise in grain yields was Japan, where the yield takeoff began in the 1880s. But for a half-century or so, it was virtually alone. Not until the mid-twentieth century did the United States and Western Europe launch a steady rise in grain yields. Shortly thereafter many other countries succeeded in boosting grain yields.

The average world grain yield in 1950 was 1.1 tons per hectare. In 2011, it was 3.3 tons per hectare—a tripling of the 1950 level. Some countries, including the United States and China, managed to quadruple grain yields, and all within a human life span.

Impressive though the growth is over the last 60 years, the pace has slowed during the last two decades. Between 1950 and 1990, the world grain yield increased by an average of 2.2 percent a year. From 1990 to 2011, the annual rise slowed to 1.3 percent. In some agriculturally advanced countries, the dramatic climb in yields has come to an end as yields have plateaued.

For example, the rice yield per hectare in Japan, after climbing for more than a century, has not increased at all over the last 17 years. Like Japan, South Korea’s rice yield also has plateaued. Interestingly, it plateaued at almost exactly the same level as the rice yield in Japan did, and while Japan’s plateauing began in 1994, South Korea’s began in 1996. A similar situation is developing with wheat in Europe. In France, Germany, and the United Kingdom, wheat yields have been flat for more than a decade.

Thus far the countries where rice or wheat yields have plateaued are medium-sized ones. What happens when grain yields plateau in some of the larger countries?