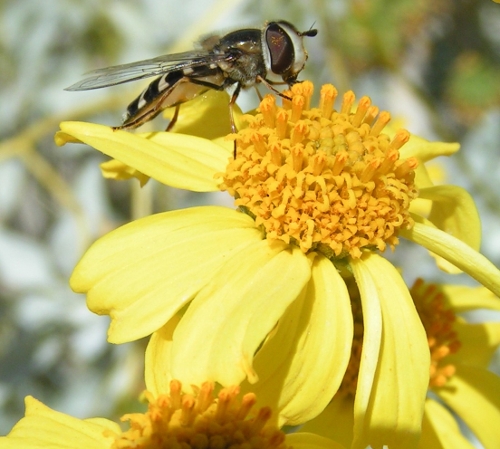 In the debate about GMO crops, the “threat of genetic contamination” is often raised as a reason  to reject the technology.  Is this threat real?  Does it justify acts of vandalism?  Could it lead to the “End of Organics“?  Is it actually an over-blown issue?  To answer these questions it is necessary to put this issue in the context of basic plant biology.

What We Are Talking About Is Really Just “Plant Sex”

“Genetic Contamination” is an emotional term which obscures the fact that the underlying biological process in question is quite normal, natural and highly necessary.  All living species need to be able to reproduce.  They also need to generate the genetic diversity that will allow the species to adapt and evolve as needed to survive.  Plants can’t move, so to “mate” with other plants of their species, they have to find ways to spread the male sexual cells (pollen) to the female reproductive cells (the ovaries in the female parts of flowers).  Some plant do this with the help of pollinators – the bees, flies, butterflies, birds, etc.  These helpful agents incidentally move pollen around.  Other plants simply rely on wind to move their pollen to other flowers.  This is the case with most “grain crops” like wheat, barley, oats, corn etc.

“Cross pollination” is the accurate, unemotional, term for this process.  GMO crops participate in cross pollination in exactly the same way that non-GMO plants do and always have.

Perhaps we have heard too many such jokes, because many people believe that the genes from GMO plants have the potential to “contaminate” all manner of natural species or “Organic” crops The fact is that if you “crossed a chicken with an octopus” you wouldn’t get “drumsticks for everybody.” You would get nothing.  The same is true for plant species.  They do not cross pollinate (or contaminate) other anything except extremely closely related plants.

There are some cases where a very closely related, “weedy” sub-species can cross with a crop (e.g. cultivated sunflowers with wild sunflowers), but those issues were anticipated long before GMO crops were introduced.  For that very reason, no GMO sunflowers have been introduced in the US.

GMO crops have no greater or lesser ability to move genes to other species.  Those sorts of fears are groundless.

Crops Where Cross Pollination is A Management Issue

Long before the advent of GMO crops, farmers of certain crops have had to manage “genetic contamination” issues involving normal cross pollination.  Wheat is wind pollinated and farmers commonly save part of their crop each year to serve as seed for the next (“saved seed”).  Wheat is also a crop with very specific quality characteristics for its various uses (raised breads, flat breads, crackers, pastries, noodles…).  New wheat varieties are bred for those specific uses.

There is a network of dedicated wheat seed growers who produce “certified seed” with enough isolation from other wheat so that the seed they produce is >95% the desired variety.  If a farmer plants that certified seed (usually at a small cost above current grain price), the crop he/she produces will be what is desired for the end use.  If the farmer saves some of that crop and plants it a second year, it will be less pure because of cross pollination from neighboring fields.  After a few years, it is necessary for the farmer to buy new certified seed because his/her own supply is “contaminated.”  There are many more examples like this for “saved seed” crops.

Hybrid seeds are grown by dedicated seed growers and purchased by the farmers every year.  This system insures both genetic purity for specific needs and the extra vigor and yield potential that hybridization enables.

Whether it is a “saved seed” crop or a hybrid crop, GMO versions create no new issues beyond what farmers have always been managing. It only becomes an issue when someone wants to set a zero tolerance unlike the rational tolerances that have made all of these crops work for a very long time.

Crops Where Cross Pollination is Irrelevant

A few years ago there was a ballot initiative in Mendocino, California to ban GMO crops from that county.  It was driven by concerns about “genetic contamination” of the Organic farms (many supporters didn’t understand the paragraph above).   The fact that there were not even GMO crops that were likely to ever be planted in this particular county was seemingly irrelevant to the debate.  I was talking with a PhD level scientist that worked for one of the wineries there, and asked why that company was supporting the ban.  She said it was because of concerns about how the genetic contamination risk could hurt their sales.

I was stunned because, as a scientist, she certainly knew that grapes are never grown from seed but rather “vegetatively propagated.”  If you take a seed from a Cabernet grape and plant it, you will not grow a Cabernet.  It will be some new variety, just as when humans have children, they are each a unique new combination of their mother’s and father’s genes.  For thousands of years farmers have known how to take cuttings of desirable fruits and get them to root, or how to take buds of the desired fruit variety and graft it onto a rootstock.  The grapes in Mendocino county had been propagated that way for centuries.  A block of Cabernet planted next to a block of Chardonnay is not a “genetic contamination” issue, because the seed is never planted.

This same principle applies to almost all fruit and to other vegetatively reproduced crops like potatoes, cassava, sweet potatoes, sugarcane and many others.  GMO versions of these crops would not represent any “genetic contamination risk”  at all.  That is why it is so sad and absurd that activists in France destroyed a GMO grapevine trial because of needless “contamination” fears.

On several occasions I have written directly to individual, anti-GMO scientists, at Greenpeace and elsewhere, asking specific questions about how they imagine that a particular crop could represent a “genetic contamination risk.”  I have never received an answer with any scientific justification or even a plausible “what if” scenario.  Presuming that these individuals understand basic plant biology, they apparently choose not to acknowledge it in their public campaigns.

What is really going on (“cross pollination”) is a vital, natural process.  Farmers and the plant breeders who serve them have long been able to harness the positive potential of this genetic exchange to breed for improved varieties.  They have also been able to fully manage the cases where cross pollination could cause a genetic purity problem for the crop.  GMO crops have not changed this in any fundamental way that cannot be dealt with by rational decision making and regulation.

You are welcome to comment here or to email me at savage.sd@gmail.com.  My website is Applied Mythology