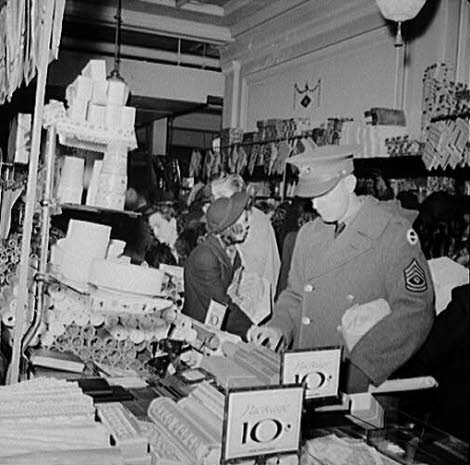 Editor’s note: Everett timed this post perfectly… not only because of the holiday season, but also because yesterday’s #ecogifts chat on Twitter really focused on simple, handmade, and inexpensive. You can still drop in a Tweet with your ideas… just use the #ecogifts hashtag.

As anyone with parents or grandparents who grew up during the Great Depression knows, they had to walk up-hill both ways, trudge through snow to go to the bathroom – and all they got for Christmas was one piece of candy and an orange. Right? Although they did get fewer presents, the truth is that theirs were better – at least in some ways. Is a gift better because it costs more, or because it took thought and time? Is the act of buying something as thoughtful as making it? Here are some gift ideas that may not cost very much, but which may just be one of the most appreciated gift your loved one, friend, or co-worker receives this year.

Canning, or “putting food up” used to be a standard late-summer and fall chore – like raking the leaves and carving a pumpkin. Few of us even grow any of our own food these days, and only a tiny fraction of us actually know how to can. But nothing so inexpensive says “I spent time on you” like some home-canned food. If you planted the tomatoes, weeded them, picked them, washed them, and canned them – you’ll know how truly special each of those jars really is.

A Scarf and Hat

If you know how to knit, great! Pass Go and get to work. But for the rest of us, even an ugly hat is a special hat when it’s the first one we’ve ever made. My wife gave me the first scarf she ever made. As wavy as the edges were, and as many holes and knots that were in it – that thing is still my favorite scarf.

I learned how to make my own soap and was surprised that it wasn’t as time-consuming or difficult to make as I had thought. While you can make it as complicated as you want, the basic ingredients are Lye, Lard and Water. The basic process is: melt the fat, mix in the lye-water, pour into a mold, and cut when dry. Find a good recipe online and give it a try!

A Block of Cheese

Hard cheese is much more difficult to make than soft-cheese, but that’s one of the things that makes it such a great gift. Since you should age the cheese for 60 days or more, the recipient will know you began thinking about their gift, and making it, months before Christmas. One thing that makes a bad gift bad is lack of thought, which is usually because it’s also a last-minute gift. A block of homemade, cheddar cheese can’t be last-minute. And since it’s almost as easy to make two blocks of cheese as it is to make one – this is a gift you’ll also be enjoying yourself.

I don’t know how she does it, but my wife can take scrap pieces of blue-jean, an old belt, some shoe-string and a T-shirt and turn them all into a purse in twenty minutes. If you can upcycle like that, God bless you. If you’re creative and know how to sew – that’s all you need! As for the rest of us… I’ll stick to soap a cheese. I like things with recipes.

Does the neighbor always comment on how good your tomatoes look? Does your mother-in-law rave on about how tasty those heirloom beans were? Give the man a tomato, and you feed him once. Give him a lovingly wrapped, tiny glass bottle (or an earthy box) full of tomatoes seeds, and you feed him all summer!

This doesn’t work for everyone. For instance, nobody would want my recipes. But if you know someone who has coveted your secret BBQ sauce or pumpkin pie recipe for many years, maybe this year is the one in which you finally give-in. An index card will do, but sprucing up your presentation might make it even better.

We recently came across one of those old, weathered wood picture frames at a department store and couldn’t believe the price. We’ve got an entire PILE of this stuff at home! Cut them to the right size, add a backing, put in a special picture for the recipient (preferably an aged photo, either black & white or semitone), and you’re done! It’s so easy I still don’t understand why people pay $50 for these things.

Antique is chic! You don’t need to go spend hundreds on an antique table. A solid, used table from the thrift store would do. There are dozens of great sites and YouTube channels out there dedicated to antiquing – the art of making something look older than it really is, while also making it look loved and cared-for. Follow some simple stressing techniques and you’ll have that chair looking authentic in no time!

Remind them of all the fun times you’ve had together by creating a scrapbook or photo album. Imagine the look on her face when she discovers you’ve been keeping all of the ticket-stubs, matchbook covers from the restaurants, and writing down some of the most memorable things she said since you started dating. She’ll either think you’re a stalker, or a romantic – depending on where you’re at in your relationship. What about a photo album for your brother with all of the pictures you can find of the two of you growing up together?

If you don’t have the time or ability to make any of the above gifts – or if you just don’t want to – a second-best is something that someone else put a lot of time and love into. Etsy is probably the only site you’ll need. You can even buy some of my wife’s stuff while you’re at it. 😉

By Everett Sizemore, of Living The Simple Life, where he and his wife blog about balancing self-sufficiency and voluntary simplicity with modern conveniences and technology.

Looking for simple gift ideas? Check out our selection of eco decor items, including recycled picture frames, vases, and clocks.