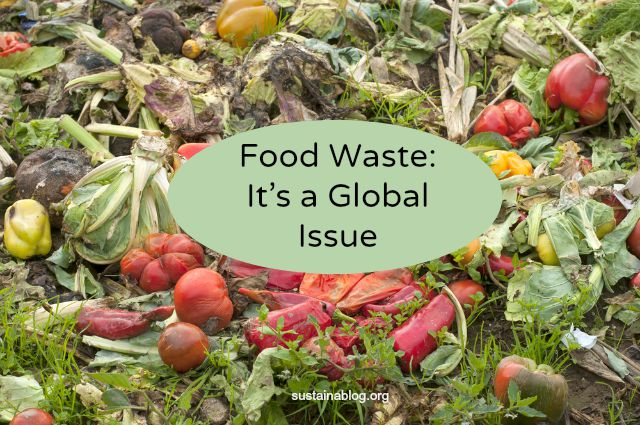 If you’ve ever seen the film Idiocracy, you may remember that, in addition to a professional wrestler as president and “it’s got electrolytes!”, the city of Washington, D.C. (and likely others) were surrounded by mountains and mountains of trash. I have to wonder if the “idiots” of 500 years in the future produced more garbage, or just lost our ability to hide it well. Unless you’ve ever been to a landfill, your sense of the scale of our waste disposal may come down to your own trash can and recycling bin… and that probably doesn’t strike you as a crisis.

Over the past weekend, though, the issue of global food waste came up as world leaders discussed (and passed) the next round of sustainable development goals (SDGs) at the United Nations. Specifically, “SDG Target 12.3 will call for the world to cut per capita food waste in half by 2030.” That may strike you as impressive or not – without context, it’s a little hard to wrap your head around. The World Resource Institute’s Brian Lipinsky helps on this front by noting:

In Sub-Saharan Africa, one of the world’s poorest and most food-insecure regions, the World Bank estimates that just a 1 percent reduction in post-harvest losses could lead to economic gains of $40 million each year. And out of that $40 million, most of the benefits would go directly to the smallholder farmers growing the food.

How Do We Meet UN Goals for Reducing Global Food Waste?

In short, by relying on the mantra “What gets measured gets managed.” WRI, along with a number of NGO partners, is in the process of developing a Food Loss & Waste Protocol. According to the organization itself, this tool will “enable a wide range of entities – countries, companies and other organizations – to account for and report in a credible, practical and internationally consistent manner how much food loss and waste is created and identify where it occurs, enabling the targeting of efforts to reduce it.”

Want to dig into the protocol? There’s a draft for review available, and the final protocol should be available soon. Take a look, and then let us know what you think: can we avoid those mountains of trash surrounding our cities? Can we feed everyone in the coming decades?