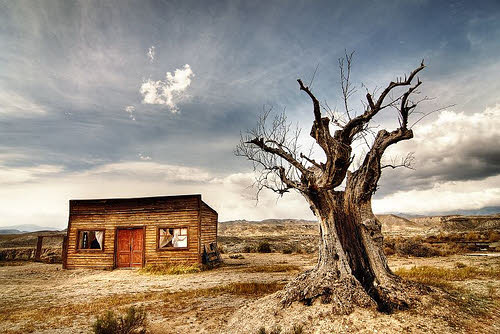 The debate on global warming has been going on for over 25 years now. It is without doubt a hotbed topic for both environmentally conscious and business interests that (currently) freely emit carbon . The rhetoric being thrown back and forth has gone from discussion to polarizing debate to plain myth – from both sides. A look at the discussion based on some recent facts and studies is in order as well as a way to get past the rhetoric.

Despite the dire predictions of 25 years ago there are still polar ice caps in 2013. Every legitimate study known concludes that pace of global warming has decreased in the last decade at a minimum. Climate Monitoring and Attribution is widely considered the authority on such data and even they agree, however believe it to be “a temporary hiatus” as opposed to trend.

Global warming naysayers claim this is evidence that it is all “junk science” as virtually all of the models predicted acceleration of global warming. There is no doubt that the greenhouse gasses thought to be the cause of global warming have increased and the atmospheric warming rate has decreased. It is still far too early to claim the science was all wrong however.

(Editor’s note: as one commenter noted below, the notion of “global warming slowing down” is considerably more complex – for much more detailed explanations, see the Yale Forum on Climate Change & the Media, and Climate Central).

Fiction – We are in a period of Global Cooling

The extremist on the other side point to certain studies and are using it to claim not only are we not in state of warming, but it has actually reversed into global cooling. This claim is made based on using a starting point of the warmest year in recorded temperature (1998) and claiming it is cooler now than then. It is not difficult to see that starting from the highest ever, a year in which El Nino weather patterns were at their peak, it is cooler. Choosing virtually any other year as a start point contravenes that argument. The graphs of a respected climate scientists at realclimate.org that show the slowing trend just as clearly show that it is not cooling.

While none are really disputing the fact that the pace of global warming has decreased significantly the reason why is still a heated debate. Naysayers’ claim it is because it never existed to begin with as they have claimed all along. While they can choose to debate that climate is actually patterns based on multiple decades and centuries so the measurements of 25 years has no bearing they cannot claim that there are not significantly more greenhouse gasses in the atmosphere. The production and accumulation of greenhouse gasses is easily monitored and measured. I have not yet heard a reasonable argument that production of and accumulation of greenhouse gasses are a benefit in any way.

On the other side the most commonly advanced theory is that atmospheric warming has been temporarily replaced with oceanic warming. This is heavily pushed by multiple sources but an in depth explanation of Oceanic Warming gives pause to many as well. First and foremost is that it is all admittedly purely hypothesis with little or no actual data behind it. A closer look at the reasoning behind the theory is also concerning. While freely agreeing that all of their predictive models were wrong, most attribute a lot of that to the unpredictability or failure to take into consideration fully of El Nino and El Nina weather patterns and ocean currents.

El Nino is a well understood phenomenon that shows changes in ocean temperature has a direct and very rapid effect on atmospheric temperature. Using that as a basis to explain modeling problems in the past while at the same time claiming that theoretical ocean warming is not having the same effect now is counter intuitive at best. The theory that in 1999 the oceans became a giant heat sink and never had been before is very questionable.

The only real facts in this argument are that greenhouse gasses continue to accumulate at an alarmingly increasing rate and there is no good side to that  and that climate prediction models are years from being fully developed or accurate. We do not have the knowledge and technology at the present time to accurately predict how bad or when but it is clear that there is far more downside than upside.

Facts on which we can all agree

We have come a long way in the last 25 years in terms of recycling and looking to sustainable renewable sources for energy and materials. Though implementation is far slower than ideal the technology and proven ability exists now to accelerate those processes. These are simple well founded applied sciences that can happen now. The result of more rapid implementation will be reduced greenhouse gases which will be better for the environment regardless of the weather patterns of any particular decade.

Diverting some of the think tank brain power and more importantly funding that is going into a theoretic debate on both sides into implementation programs will have immediate long lasting benefits to all. Further funding initiatives such as the Green Deal Initiative in the UK on a global level and insulating homes and buildings better to reduce common sources of greenhouse gasses combined with retrofitting manufacturing plants in 3rd world developing industries with known pollution reduction technology will make changes that cannot be argued.

This post was generously sponsored by the Mark Group, a UK based energy efficiency company.