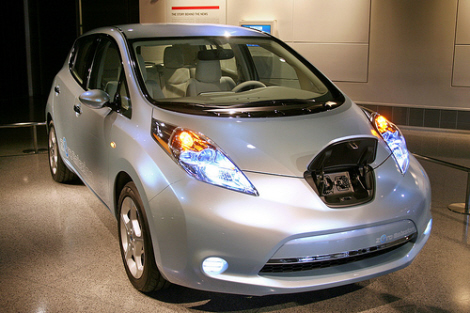 The global demand for batteries is expected to grow exponentially over the next 20 years. We cannot make the conversion to clean energy without first acknowledging the need for energy storage and transfer (better batteries and a smarter grid). Despite the important role these parts play in green energy, the economic impact of this domestic manufacturing reaches clear across the country.

Many companies responsibly monitor the distance and method in which materials are shipped to them. Unfortunately, just as many organizations are eager to capitalize off of the green moniker, without even the slightest effort to improve their emissions impact.

In July, President Obama released a statement underlining the steps he plans to take in order to boost our economy. Specifically, he is looking at the way the United States handles their exports as one of the largest tools to potentially reduce the nation’s debt.

Here is an excerpt from a speech President Obama delivered at ZBB Energy in Wisconsin this past August:

We expect our commitment to clean energy to lead to more than 800,000 jobs by 2012. And that’s not just creating work in the short term, that’s going to help lay the foundation for lasting economic growth… Just a few years ago, American businesses could only make 2% of the world’s advanced batteries for hybrid and electric vehicles – 2%. In just a few years, we’ll have up to 40% of the world’s capacity.

Obama also underlined a series of strategic points in a report on the National Export Initiative (NEI). Obama feels that this initiative will set us on the path to economic recovery – by means of a manufacturing renaissance in America.

In July, the CEO of Dow Chemical, Andrew Liveris, was appointed to Obama’s Export Council. It isn’t hard to see where Liveris was selected for such a position. Liveris published an editorial on USAtoday.com, “How U.S. can launch a manufacturing renaissance.” In the article, Liveris succinctly highlights what is necessary to improve domestic manufacturing, and how as a result, the economy will follow suit.

With Vice President Biden on Monday, I am laying the cornerstone on a breakthrough lithium ion battery factory — Dow Kokam — supported by recent federal grants. To increase advanced manufacturing, the U.S. needs to reinforce R&D spending.

Dow and other major U.S. corporations must work with the administration to co-invest in American infrastructure, R&D and education. Beyond establishing areas for long-term investment, the Advanced Manufacturing Plan should also address some obstacles to growth:

If you are interested in finding out more about our past, current, and future trade activity, the United States International Trade Commission does a pretty fantastic job serving up the information they’ve collected and published over the years.

Daniel Fielding is a freelance content & web developer. You can see more of his work at Shades of Green, a Green Technology Blog.

Got green tech? We do… from solar panels to vertical-axis wind turbines to sun-powered Citizen Eco Drive watches for men and women.

Image credit: cliff1066™ at Flickr under a Creative Commons license