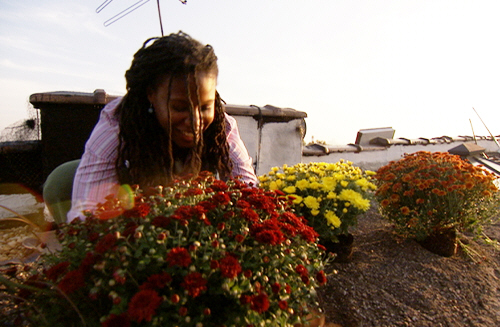 It’s Tuesday again, and for many of us, that means another night of great television on the Sundance Channel’s The Green. Rather than trying to fake it, I’ll readily admit I haven’t gotten a chance to watch tonight’s episode of Big Ideas for a Small Planet in advance… given the quality of previous episodes, though, I’m willing to bank that “Grow,” which will focus on green spaces in urban and suburban environments, will be well worth watching. Following “Grow,” the Sundance Channel will air the documentary Off the Grid: Life on the Mesa.

Despite falling behind on watching ahead, I wanted to make sure to give a nod to Sundance’s programming because today is also the last day to enter both Sundance’s “What’s the Big Idea?” contest, and our own giveaway of a Sundance gift bag with all sort of goodies. For their contest: better get that video camera rolling quickly! For our drawing, just sign up for the Green Options Media newsletter by midnight Pacific time, and you’re entered.