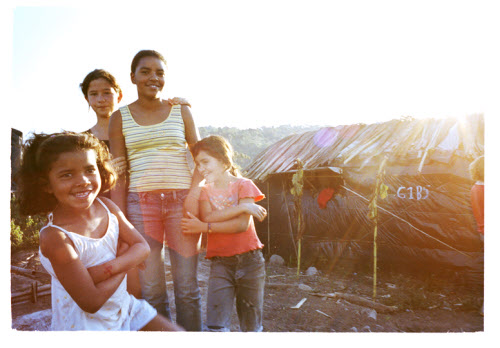 Part 23 of the Harvesting Justice series

As a key determinant of who has power and who doesn’t, battles over land have been fought from time immemorial. One of the earliest may have been led by Adam and Eve as they attempted to reclaim their garden after having been evicted. Even before the Crusades, through centuries of colonization, to the oil- and water-motivated wars of the present day, land has long been the currency of religious, national, and imperial power.

In the 1950s and 1960s, struggles for land reform throughout the global South had some success. However, in the 1970s and 1980s, economic policies, development ideology, and military crackdowns quashed government-reform advances and the social movements that drove them.[1]

In recent years, the voice and visibility of movements opposing land grabs and displacement, and demanding land reform, are increasing. Though relatively little land has been redistributed, organized movements of small farmers, indigenous peoples, and landless people are developing in size, strength, and organization. They are uniting across borders to break the nexus between land, agriculture, power, and profit.

Brazil is home to one of the most powerful land reform movements in the world. Its work has both changed the lives and fates of millions of people within the country, and inspired land and housing struggles everywhere, including here in the US.

Brazil’s land reform has roots in the 1800s, as a response to unequal land distribution that began with the arrival of European colonists more than 500 years ago. Brazil has one of the world’s highest levels of unequal land distribution. Vast properties over 1,000 hectares (2,472 acres) – many of them owned by multinational corporations – have taken over 46% of all farmland. Small and family farms are still producing much of the country’s food needs, only on less land and with more labor. Unable to compete with agribusiness, an estimated 90,000 of them disappear each year.[2]

The 1988 constitution gave Brazilians the right to challenge ownership of tracts over a certain size in two ways: by going after the title’s authenticity or by claiming that the land is not fulfilling its “social function.” Social function means that at least 80% of the land is used effectively, environmental and labor standards are respected, and both owners and workers benefit.

Many rural organizations form the land reform movement, with the Landless Rural Workers’ Movement (MST by its Portuguese acronym) leading the way. The MST’s solution to ending the country’s poverty and hunger is to put agriculturally rich land back into the hands of small farmers. Since the mid-1980s, the MST has won title to 7.5 million hectares of land, on which 370,000 families now live. An additional 150,000 families live in approximately 900 squatter communities on land that is being contested.

João Pedro Stédile, MST co-founder and co-coordinator, said, “Before, the line had been: ‘No need to worry, you’ll have your land in heaven.’ Now it was: ‘Since you’ve already got your land in heaven, let’s struggle for it here as well.’”

Redistribution of land works this way: The organization researches large holdings that meet the legal criteria for redistribution. When they find one, word goes out and interested families – often totaling up to 100, both landless people and unemployed city-dwellers – take up residence there. They wait it out in tents, on average for two to five years. Meanwhile, MST lawyers battle with the courts to gain collective title to the property. If the MST loses, those in the camp move to another plot of land and, together with the lawyers, start over. If the court orders the tract redistributed, settlers begin creating their collectively owned communities.

In the communities, MST members engage in collective agro-ecological farming and other cooperative ventures, like a honey business or a tractor repair shop. They run their own education systems, resolve conflicts using restorative justice, and develop their own media and cultural empowerment programs. They also run experiments in participatory democracy, equitable social relations, and self-governance.

Brazil’s land reform movement is united with other social movements in challenging the root cause of the problem, which resides in unequal distribution of power and resources. Without deep structural change and the creation of a more just and equitable nation, land distribution will simply revert to the status quo, as struggling farmers lose their land again.

Of course, much work remains, yet the MST shows that solutions to landlessness, homelessness, and social exclusion are available, even without an overhaul of the Brazilian state or political economy. The MST has created living, breathing examples of these solutions thousands of times over.

Women and Land Reform in Brazil

“Back in the early days, most women on land reform settlements didn’t have a vote. It wasn’t until after you’d been part of the movement that you realized you’d had an invisible role.” said Neneide Eliane, an organizer with Deciding to Win, one of many organizations dedicated to obtaining rights, benefits, and power for rural and landless women. In those days, some women were handed the age-old line that their problems would be resolved when rural workers as a whole won justice. Women in the MST reported that for a long time, the group was so focused on unity among its members that it ploughed under the need to specifically address gender.

An organized women’s movement evolved in Brazil in the 1970s, aiming not only for women’s rights but also for an end to the dictatorship. A decade later, a rural women’s movement was born to address gender inequity. In the MST, women formed a national women’s collective in 1995. They have pushed the organization to prioritize gender equality. “Gender” is now an official department of the MST, with a range of programs and policies. Of the leaders that are elected to coordinate each local, regional, and national committee, at least half must be women. Other goals include an end to gender-based violence, access to free birth control, promotion of women’s micro-enterprises and cooperatives, the establishment of childcare centers, and help for women in getting the social benefits they deserve from the state. Gender analysis is a formal part of the MST’s training.

In addition to their ascending integration and leadership into landless organizations, rural women have won legal right to land and social protections – on paper, at least. The 1988 constitution enshrined women’s ability to gain land rights and benefit from land reform directly, not as dependents of their husbands. The constitution also accorded women new labor rights, including unemployment and disability insurance, retirement benefits, and maternity leave.

In practice, today women still account for only a small percentage of all beneficiaries of land redistribution, and overall receive far less revenue than their male counterparts. Many women farmers receive no salary at all, or only a symbolic income.[2]

Rural women still have a long row to hoe. Yet their intensive mobilizing is winning them, slowly but surely, more land titles and greater benefits. They are also advancing toward more just distribution of labor, reduced violence by men, the right to contraception, and the right to education.