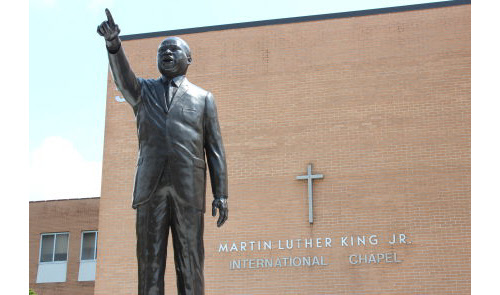 I was an assistant professor at an historically Black university (or an HBCU) back when I started sustainablog in 2003. As such, I’ve always had an interest in sustainability initiatives at these schools. Unfortunately, HBCUs tend to get overlooked when it comes time to put together those lists of top sustainability institutions. While some may argue that’s because there’s not much going on in terms of environmental action at African-American colleges, I know that’s simply not true: conversations I’ve had with former colleagues prove that HBCUs are just as concerned about environmental issues as other institutions, and taking action to mitigate their impact.

So, as you might imagine, I was kind of excited when I saw the following article from AOL Patch. Take a look at what these five historically Black schools are doing on the sustainability front, and then share any projects you know about at other schools… we’d love to help spread the word!

Five HBCUs Saving The World Through Sustainability (via Cascade Patch)

Did Spelman College or Clark Atlanta University make the list? The following is by Jarrett L. Carter and was posted on BlackVoices.com a partner with Huffington Post and AOL Patch. Five historically black colleges and universities are taking bold…