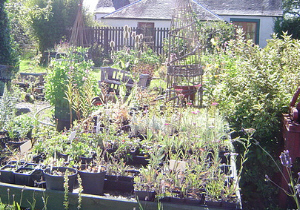 Editor’s note: As part of his editorial internship with Green Options Media this Spring, I asked San Francisco State senior Oscar Cardenas to create a blog series that we could publish at the end of the semester. Oscar choose medicinal herbs and the environment for his broad topic — this post is the first of two on the subject. We’ve really enjoyed working with Oscar this Spring, and wish him well. The second post will be up next Monday.

If you’re a college student looking for an internship this Summer, we’re looking for web publishing and marketing interns.

A 2007 study of health practice trends cited in an issue of Alternative Therapies estimated that nearly 1 of 5 Americans reported using herbals for treatment of health conditions or for health promotion (Gardiner et al., “Factors Associated with Herbal Therapy Use by Adults in the United States,” 22-29). This translates to a multi-billion dollar industry that will probably only grow as public education and the cost of medicines continue to rise. This trend, which spells good news for herbal therapy retailers and users, does not come without its share of potentially negative environmental consequences.

The rise of herbal medicine intake in the United States has led to threats to the native floral populations that make up those medicines. In 2004 the World Health Organization listed five American plant species including American ginseng, black cohosh, echinacea, goldenseal, and slippery elm as “at risk” for endangerment. A brief description of these herbs and their characteristics shows why they’re in such demand:

Many of the above medicinal herbs are not just in demand locally but across the world, as well. This demand will increase as public knowledge about their benefits increases. Efforts should be made to enlighten harvesters and consumers of the plight of these plant species in order to foster responsible consumption.

Image credit: Eggybird at Flickr under a Creative Commons license