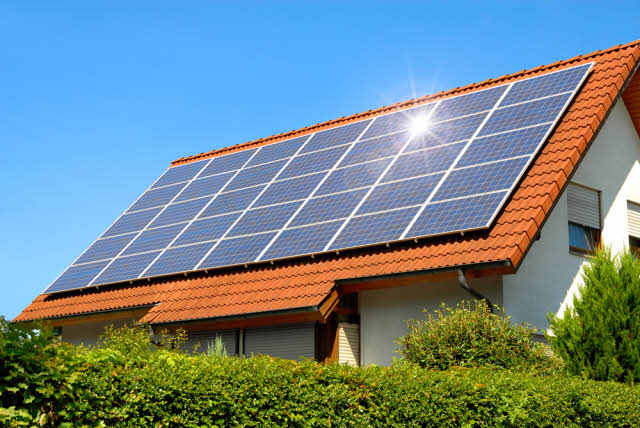 Thinking about home solar power? The notion of “free” electricity certainly appeals to many of us, but that free power comes at a pretty steep upfront cost, right? Sure, it’d be great to save the planet and all, but if you don’t have tens of thousands of dollars, you don’t have it.

Here’s the thing, though: solar panels are getting cheaper. In fact, two thirds of existing solar power projects currently in existence went online since we last covered this topic back in 2011. Environmental concerns didn’t drive most of this development; economics did. A 2013 report from Citi Research notes that solar power is growing very quickly in the United States, and that has happened largely because of affordable solar panels combined with various incentives. In many places, solar power has reached parity with traditional electricity fuel sources such as coal and natural gas.

So, what’s made solar panels so cheap? In a word: China. According to Jacob Goldstein of NPR’s Planet Money, the Chinese “…got into the panel business in a big way – subsidized loans, lots of new factories. In fact, too many factories. When they all came online, there was this massive glut in solar panels. Prices collapsed, and they’ve stayed low…” Additionally, installation time has dropped as solar panel systems have become easier to install. Still, the per hour costs of labor haven’t dropped, nor have other elements of a home solar power system, so going solar will still involve significant costs.

Again, though, the future for solar looks bright, and that includes prices comparable to dirtier fuels. New technological developments, like making panels from lead from used car batteries, could continue to bring prices down, as could increases in panel efficiency. Congress’ approval of continuation of the Federal solar tax credit could boast installation of solar, as the incentives will begin to go down in a few years. And other incentives and financing options take the bite out of those upfront costs: from utility rebates to solar loans.

Know of other developments in the solar power space that will keep prices down? Share them with us in the comments…