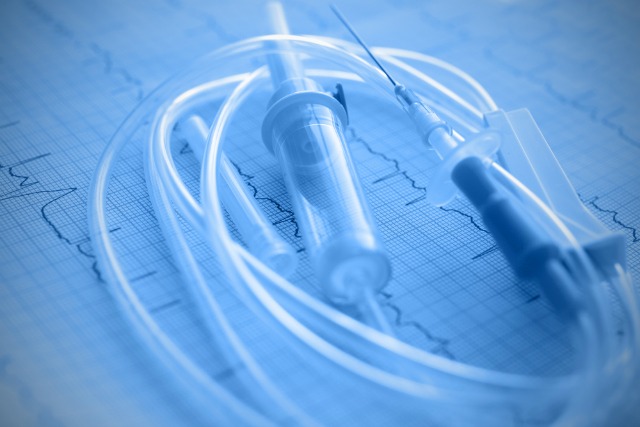 Plastics are one of the cornerstones of modern industrial society. They are a blessing and a curse — while on one hand plastics are infinitely customizable with their properties, on the other hand many types of plastics pollute the environment for thousands of years after they are no longer useful. The same plastics that allow us to build everything from spacecraft to Tupperware will, over time, break down into small pellets that end up forming drifts of plastic that poison our ocean habitats. The EPA estimates that approximately 31 millions tons of plastic waste is generated each year.

Medical technology is one area where the tension between innovation and pollution is particularly critical. Over the last decade, medical science and technology has increased in complexity in response to the aging baby boomers. As you might guess, plastics have played a critical role in sparking these new ideas and products in the medicine.

Given the world’s growing need for catheters, plastic tubing and other medical devices, how do we mitigate the side effects of plastics used in medical technology?

Plastics technology has come a long way since the original plastics boom of the 1930’s-40’s, when DuPont and Dow were inventing PTFE, PVC, Styrofoam and other highly toxic cornerstones of the plastics industry. During the early boom, no one knew the long-term toxicity threat that these new chemicals would pose to our environments.

Fast forward to today. The ‘new plastics’ of the last century have been around for 70-80 years and their dangers are well understood by scientists. In addition, the entire field of materials science has been developed and advanced to where we understand much better what makes a plastic dangerous at a molecular level.

These advances have led to the rise and creation of relatively green medical technology. “There is a huge variance in how toxic different plastics are. We use plastics that are safe for the human body through the entire lifecycle,” said Ray Rilling, Director of Technology at Putnam Plastics.

Combined with judicious use of medical plastics, medical technology companies have been able to dramatically reduce the ecological footprint of their companies over the past decade. Further advances are needed in improving the biodegradability of the medical plastics that we use. However, each day brings more reason to be optimistic about the future of plastics in our environment.

Not only are human beings adapting to the perils of plastics by developing new technology, our mycorrhizal friends have learned a things or to about neutralizing dangerous hydrocarbons. Mushroom pioneer Paul Stamets has been working for years doing research on how mushroom can digest plastic waste and reintegrate it into the biome.

There’s more — recent research has shown that mealworms can digest Styrofoam and produce usable, toxic-free compost. This research opens that possibility that the hydrocarbons that make up plastic aren’t actually as foreign to the biome as we previously believed.

These two promising developments are hopeful signs that we may one day clean up our ‘binge partying’ decades of short-sightedly trashing our environment.

Brian Toomey is the owner of JB Web Analytics, and an occasional contributor to sustainablog.