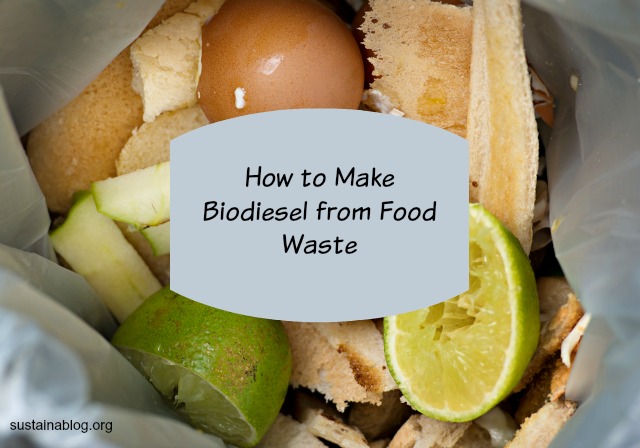 I’ve said it before, and I’ll say it again: our best options for fighting food waste all involve feeding hungry people. There’s no reason that anyone should suffer from food insecurity when 40% of our food goes to waste. But once food passes the point of edibility, we need to explore other options besides sending it to landfills (where it becomes methane, a very potent greenhouse gas).

Two years ago, we published an infographic exploring ideas for turning food waste into various fuels, including a couple of real-life examples. Last week, the University of Cincinnati issued a press release showing the work a few researchers there are doing on this front. According to the release, environmental engineers Timothy C. Keener and Drew C. McAvoy, along with faculty colleagues Pablo Campo-Moreno, San-Mou Jeng, and George Sorial, have not only argued for, but also demonstrated a novel approach to handling food waste – they’ve figured out how to make biodiesel out of it:

The researchers have since developed a breakthrough synergistic technology that uses anaerobic digestion to turn nutrient-rich organic materials into fuel (biogas), fertilizer, or soil conditioner, while using the carbon dioxide fraction of the biogas to grow algae. Simultaneously, lipid oils in the algae are also extracted and converted to biodiesel.

As university faculty, they’ve got ready access to plenty of food waste: the campus cafeteria. While other universities have experimented with composting this waste, Keener and McAvoy diverted 660 pounds of waste from the Center Court Dining Center just for their research.

The potential here is pretty staggering: not only could such technology make sustainable use of inedible food waste, but also put a dent in fossil fuel consumption, and reduce greenhouse gas emissions. The engineers are already exploring practical applications of their concept with local waste hauler Rumpke, and the City of Cincinnati.

Got your own ideas for converting food waste to usable energy? Know of other research going on in the field? Share them with us…