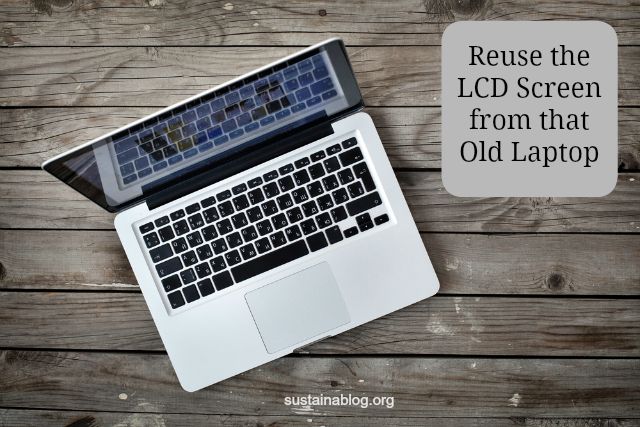 Got an old laptop lying around? I do – just haven’t gotten it to the recycler yet. Here’s the thing, though: I’m guessing most of its parts are working just fine, and could be reused by someone who knows what they’re doing. That’s not me… but the GreatScott! Youtube channel has a video tutorial for removing the LCD screen from that old laptop, and putting it to use.

Why would you want to do this? It’s a relatively inexpensive option for a second monitor or even a television. You do have to add some electronics – that’s where I start to get insecure – but if you’re comfortable with a soldering iron and wires, you should be able to handle this.

GreatScott! also has published this project on Instructables, which will eliminate some of the stop-and-rewind – they’ve published the links for suggested controllers, etc.

Have you saved a LCD screen from an old laptop? Tell us all about it in the comments (and if you’ve shared instructions, point us to them).