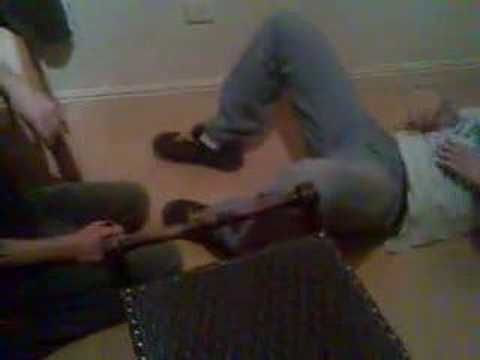 While carbon dioxide receives most of the attention in the debate over greenhouse gas emissions, climate scientists warn that methane is about 30 times more potent than CO2 in terms of contributing to a warmer climate. You’ve likely already seen concerns expressed about methane emissions from geological sources, as well as from cattle and other livestock.

But what about from humans? While it’s not a topic of polite conversation, the planet’s 6 billion people expel a lot of gas. Even if only 1/3 of us are releasing methane, the numbers themselves make this an area of concern… and, it turns out, research.

Scientists at the University of New Hampshire’s Climate Change Research Center are preparing a paper (scheduled for publication in the journal Nature) that attempts to quantify the effect of human methane emissions on global climate change… and proposes necessary action to reduce this greenhouse forcing. According to project lead Dr. Jonathan Divits, “Dietary changes can produce some reductions here, but the truth is that we don’t know exactly why some people expel methane.”

His recommendation? “Short of discovery of the combination of food types and bacterial action that create methane-rich emissions, we’ve had to explore a range of unusual options. Interestingly enough, the most promising course of action can be found in fraternity houses and dorm rooms around the world: more people will have adjust their sense of propriety and become members of the Brotherhood of the Blue Flame.”

While he finds it distasteful, Divits notes that scenes like this will have to become more common to mitigate the threat of human methane emissions:

Divits and his team are still exploring the most effective means for burning off those emissions: “Obviously, we don’t want to create greater masses of Bic lighters in landfills. We think that tax credits for the purchase of reusable lighters such as Zippos may create less waste in the long term.” The team is still calculating the CO2 emissions produced by the act of flaming, but believes they’re negligible, and preferable to higher methane concentrations in the atmosphere.

Are offsets a viable means of encouraging the burning of human methane emissions?

Behavioral changes don’t happen without incentives, and, after getting wind of this study, New Hampshire-based entrepreneur Sharon Phlatus registered a domain name and an LLC application for Phartsets, a start-up that will “offer financial incentives for action that, quite frankly, most people find really gross.” Phlatus and her investors will offer online tracking and documentation of methane burning, as well as revenue shares from the sale of its signature “Phartset” methane offset. “If you’re just too polite to light ’em up yourself, our reasonably-priced offsetting program will allow you to fart without guilt…”

OK, it should be obvious now… Happy April Fools Day! We hope no one’s offended… 🙂