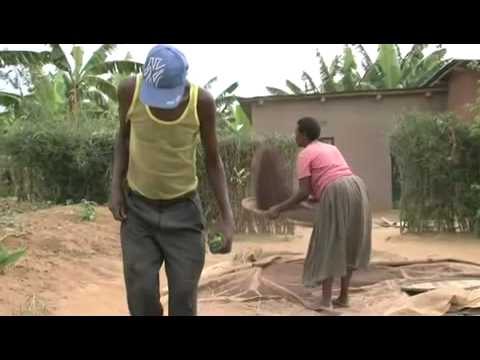 A few months ago, I took a look at the difference micro solar systems were making for people in the developing world: a small system that provides enough energy to charge a light and a cell phone can change these people’s standard of living immensely.

As you might imagine, companies like Barefoot Power aren’t the only ones looking at ways to bring electricity to the world’s poorest citizens (without going the national or regional grid route): today’s Financial Post features the work of Nuru Light, a Canadian company that’s designed an affordable lighting system for tasks we Americans take for granted after dark, such as reading and cooking. The Nuru Light in small, efficient, bright, and rechargeable; users can attach the LED-based unit to a headband, neck strap, or a wall mount. It’s also modular: multiple lights can be hooked together to create brighter light for owners.

The lighting unit in itself may not sound particularly remarkable (though people in Rwanda, the first company in which the company is operating, may beg to differ). What struck me was the model by which founder Sameer Hajee and his team chose to distribute the lights. Rather than centralized sales and distribution, Nuru Light figured “franchising” made more sense for getting their product out widely… and also provided another means for the company to empower Rwandan citizens. So, for $250 Canadian (provided through a micro loan), an entrepreneur can purchase not only fifty of the lights, but also a pedal-powered generator. The franchisees can sell or lease the lights themselves… and also generate revenue through charging them for customers.

At this point, you may be thinking “Charging by pedaling… that sounds like a lot of work.” But the system they’ve designed is incredibly efficient: according to the Post, “The generator can charge up to five lights at a time and 20 minutes of pedalling produces up to 40 hours of light at a cost of about 30¢…” And demand definitely seems to be there: so far, seventy Rwandan entrepreneurs have taken the plunge

The company does offer a solar charging unit, but no doubt that the bicycle generator is much quicker. That, of course, mean more time to serve customers, so franchisees can make decent money compared to the average Rwandan… one reported 10 customers a day, which generated $2.50 in revenue (and consider that many in the developing world live on less than $2 per day).

You can find out more about the company itself in the video above (which it produced). Nuru Light has been nominated for the Ashden Awards for Sustainable Energy… and the combination of cheap, clean, and empowering that they’ve created definitely seems worthy of recognition.

Know of other similar models for providing energy to citizens of developing world countries? Check out the other Ashden Awards nominees, and let us know of other social enterprise ventures doing innovative work in this space.