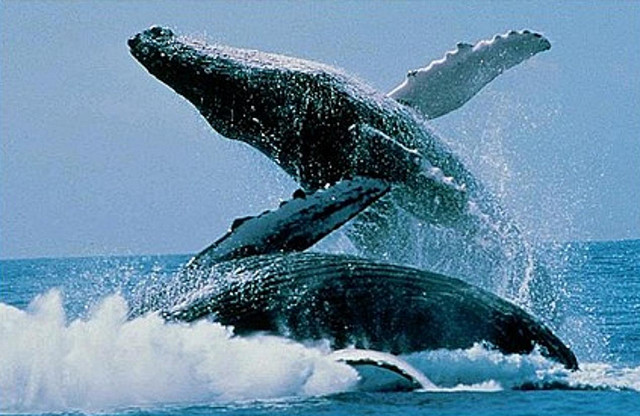 By all accounts, the environment seems to be in peril. As years pass, one after another, we continue to see the consequences of human-caused issues. Depletion of resources, climate change, and the extinction of species have been increasing at an alarming scale, continually giving us screaming headlines about the latest environmental catastrophe.

We close our garage doors and drive off to work, hearing alarming statistics about the future of the environment, and good news is not usually the order of the day. However, in a time of great concern over the environment, it appears that at least one creature, the humpback whale, might not be as threatened as previously thought.

While still in danger, the population of humpback whales seems to be growing, which is wonderful news in light of the decline of most species. This is a great testament to the resiliency of life. It shows that, even on the brink of the collapse of the whole species, the population can be stabilized and extinction avoided. This information is excellent news considering the number of endangered plant species and animal species that seem to be on the proverbial brink.

Though the increase in humpback whales in the North Pacific might seem to be a small success, it shows that something can be done, even when it seems that all hope is lost. Protecting endangered species can actually help to stabilize their populations and bring them back in greater numbers.

These whales were hunted almost to extinction, but thanks to conservation laws and bans on the hunting of humpbacks, in a mere forty years, the population has gone from around 1,400 to 21,000. This is direct evidence that these laws do have the ability to stem the tide of extinction and protect even the most endangered of species.

In a world where it seems like we hear nothing but bad news, this is a great illustration of how protection of species, and a changing of our ways of doing things, can actually fix a problem of our own creation. All hope is not lost for endangered species.

In just forty years, the population of humpback whales in the North Pacific has gone from near extinction to over 21,000 animals. It is true that this is still just a fraction of their original population, but it is a significant improvement and it stands to reason that, if protection is continued, the populations will continue to rebound. This is one of the rare success stories in a sea of bad news.