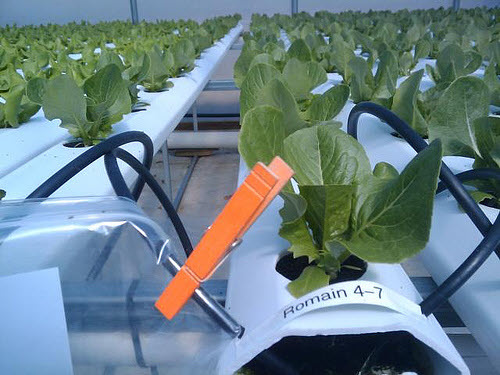 Cleveland’s not the place I’d think of first if I wanted to start growing food; apparently, I’m not a big enough thinker, as residents of the Forest City have launched several really innovative agricultural projects recently. Like its predecessors,  the new Green City Growers has duel missions of economic growth and environmental sustainability. This 3.25 acre hydroponic greenhouse planted its first crop of lettuce at the end of January, and will limit sales of its crops (which it’s already harvesting) to a 150-mile radius of its Central neighborhood headquarters.

I know I’ve questioned the sustainability of hydroponics in the past (and got schooled – very nicely – for it); while I still have questions about the “sustainable growing practices” used in this case, the focus on local distribution, as well as economic empowerment – the farm operates on a cooperative model in which workers have company ownership opportunities – strikes me as positive on all fronts. Green City Growers plans to harvest 3 million heads of lettuce per year, so no excuses for not getting your greens in Cleveland!

Since this is a new venture, there probably aren’t many of you out there who’ve tried any of the company’s products. If you have, though, tell us what you thought…