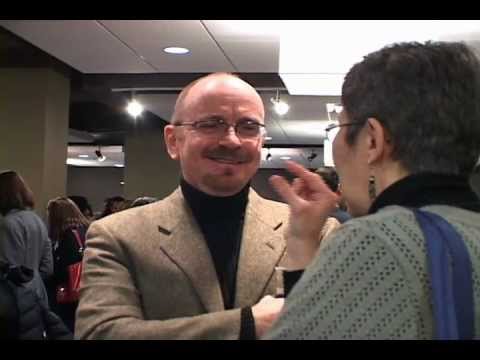 When I first started talking to people at St. Louis-based Enterprise Holdings (the owners of Enterprise Rent-a-Car and a few others), they were just getting into the car sharing concept with a limited local experiment… and told me that they weren’t certain whether the model would really take off. Three and a half years later, it definitely has: Enterprise has expanded its WeCar locations, other rental vehicle companies (even U-Haul!) have gotten into the game, and Zipcar’s become huge.

So, even though this is a relatively new space, is there room for smaller players? Especially if they’re focused on a local market… with no intentions of growing beyond that market?

It might seem like a daunting challenge, but as Monday’s Chicago Tribune showed, it is possible to thrive in the car sharing market with a local focus. I-GO, a non-profit effort started in 2002 by the Center for Neighborhood Technology, has expanded from a fleet of 10 cars and a subscriber base of 250 people in 2004 (when it nearly had to close shop) to an established player in the Windy City car sharing scene with 250 cars and 15,000 members.

As the Tribune article shows, much of that growth can be traced to leadership of CEO Sharon Feigon, who brought experience both in business and activism/community organizing to the job of saving the fledgling social enterprise. Faigon turned I-GO around through a variety of initiatives, including conventional marketing and advertising. The benefits promoted by the company were anything but conventional, and rested on two major premises: car sharing could work for people in tough economic circumstances, and could also play a role in a larger mobility plan that combined shared vehicles with buses, trains, and even bicycles.

Sound familiar? If you’re a regular sustainablog reader, it might: Lee Broughton, Enterprise’s Director of Corporate Sustainability, offered very similar ideas in his speech to the Car Rental Show. In essence, mass transit isn’t an alternative to cars; rather, these forms of transportation can work together, with trains and buses covering longer distances, and cars getting people from the bus or train stop to their final destination (assuming it’s not walkable or bikeable). I-GO’s built this into its model: the $3500/year membership fee includes “a full year of public transportation.”

Sounds good… but that $3500 figure might have you scratching your head: “Didn’t you just say that serving people in tough economic circumstances was a part of the mission? Seems kind of pricey…” It might… until you consider that owning and operating a car in Chicago costs about $7000 annually. By cutting the price of moving around the city in half, I-GO has found that “73 percent of its members either sell a car or postpone a decision to buy a car because of its existence.”

Those are the kinds of metrics that I-GO finds meaningful… and it’s social enterprise model allows it to put providing affordable (and cleaner) mobility ahead of profits. There’s no reason such a model couldn’t be profitable, though… and the fact that Broughton discussing these concepts with the industry suggests that the for-profit side of the equation is taking a look at what I-GO is doing well.

Of course, Faigon isn’t resting on her laurels… I-GO has a number of other plans in the works, including peer-to-peer car sharing, bike sharing, and electric vehicle infrastructure. The Tribune article is worth a read, and the video above shows how much the service’s users like it.

I couldn’t find any other car sharing programs working on a social enterprise model like this… if you know of others, tell us about them.

Hat tip to good buddy Christine Esposito for the tip-off on this one.