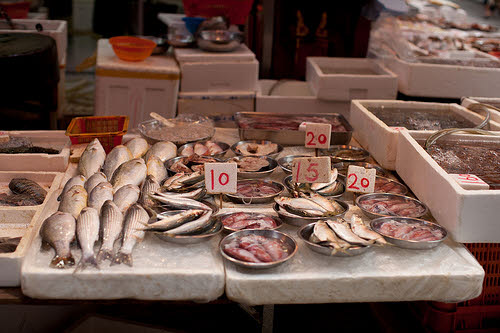 When perusing the seafood section of any grocery store, it’s common to see some fish and shellfish labeled as “wild-caught, product of Country X.” Some seafood products do not even have that level of detail, making it difficult to determine the true source. In fact, particularly for certain species, there is a good chance that what you purchase at your grocery store tonight could have been caught illegally and could be an entirely different species than you think.

A groundbreaking new study found that as much as 20-32 percent of seafood imported into the United States is likely caught illegally. This fishing, known as illegal, unregulated and unreported (IUU) – or pirate – fishing, is a major threat to the seafood industry worldwide. Pirate fishermen provoke global economic losses in the billions of dollars every year, undermining decades of conservation by fisheries managers and responsible fishermen. These illegal fishers ignore domestic and international fishing laws by fishing in closed areas or at prohibited times, by catching endangered or threatened species, or by using illegal fishing gear. Most illegal fishermen focus on high-value, expensive species, where the profits gained far outweigh the minor fines and penalties they face if caught.

In addition to threatening the economic livelihoods of honest fishermen and seafood businesses, pirate fishing also harms the oceans and makes it difficult for consumers to make informed decisions about the seafood they buy. The lack of regulation and weak enforcement of fisheries laws in many countries support much of this pirate activity, which allows illegal fish to enter the seafood supply chain where they are often mixed with legal product or mislabeled as entirely different species. Ultimately, this means illegally-sourced seafood ends up in the U.S. market, providing an incentive for pirate fishing to continue and making it difficult for consumers who want to buy sustainably-caught seafood or who want to support honest fishermen who follow the law.

How Can I Know if That’s Illegal Fish in the Display Case?

To help fight the problem of pirate fishing, we need full-chain traceability to ensure that all seafood sold in the U.S. is safe, legally caught and honestly labeled. All seafood products should be accompanied with information on where, when, and how it was caught to create transparency in the seafood supply chain and help eliminate the market for illegally-caught seafood. This would help reduce seafood fraud, which occurs when certain fish are mislabeled in any number of ways, typically for economic gain or to hide the fact that it was sourced illegally.

The federal government must use its power to close our borders to illegally-caught seafood, thereby protecting consumers and responsible fishermen and seafood businesses. As the U.S. imports more than 90 percent of its seafood, lawmakers must take action to eliminate the incentive for these pirate fishers. One way to do this is by passing the Safety and Fraud Enforcement for Seafood (SAFE Seafood) Act (H.R.1012/S.520), which is currently pending in Congress. This bill would require traceability throughout the seafood supply chain, improve inspections at our borders, and ensure that consumers have more information about their seafood at the point of purchase.

To better protect the sea, our own fishing efforts, and our consumers, we must track our seafood from boat to plate. Without this, we are indirectly financing illegal fishing and fostering seafood fraud.

Beckie Zisser is an ocean advocate at Oceana, the largest international organization focused solely on protecting the world’s oceans.