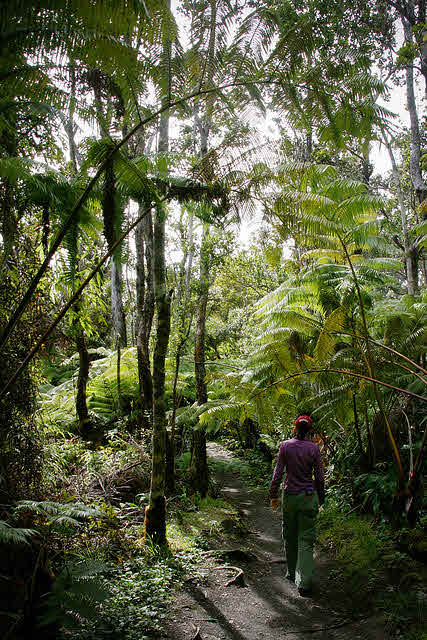 Want to see clear connections between environmental degradation and economic struggles? Deforestation provides about as clear a picture as any example: the loss of ecological services (flood control, water and air purification, topsoil protection, etc.) have direct economic impacts ranging from disaster recovery costs to food prices to increased need for health care spending. And, of course, loss of biodiversity and carbon sequestration also have both environmental and economic costs.

It turns out we’ve been underestimating the benefits created by forests in the last case: a new study published in Science shows that “Forests play an even greater role in Earth’s climate system than previously known.” According to an AP report on the study, “Wooded areas across the planet soak up fully a third of the fossil fuels released into the atmosphere each year, some 2.4 billion [tons] of carbon…” Reforested land soaks up an additional 1.6 tons. But, of course, deforestation is still a massive trend, and it costs us 2.9 billion tons of carbon emissions every year. Study co-author Josep Canadell summed up the findings by claiming “”If you were to stop deforestation tomorrow, the world’s established and regrowing forests would remove half of fossil fuel emissions.” (my emphasis)

So… just plant a tree, and then turn down the AC a few degrees? Not quite…  as we’ve seen before, the rate of sequestration largely depends on the geographic region in which a forest is located. Tropical forests absorb the most carbon — 3.7 billion tons a year for the past decade — while high-latitude boreal forests soaked up 1.8 billion tons.

Should Forests be Our Main Focus for Fighting Global Warming?

I have seen the argument made that massive tropical reforestation will solve the problem of global warming… I have no doubt that this claim may resurface in light of this study. But deforestation won’t stop tomorrow, and even fast-growing tree species need years to reach maturity (and maximum carbon capture potential). And, finally, fossil fuel still have environmental impact beyond carbon emissions… so this isn’t evidence that we can abandon development of cleaner and renewable energy sources.

It does mean, though, that efforts from sustainable forestry management to agroforestry initiatives to clean cook stove development may play a bigger role than we thought in combating climate change… and those are all concepts that are moving forward at an encouraging pace already.

I’d love to hear from anyone who’s read the study itself (I don’t have a subscription to Science, which you need to read the full article), or from people involved in reforestation work… but, of course, all of your thoughts are welcome on this surprising news.

Image credit: leahleaf at Flickr under a Creative Commons license