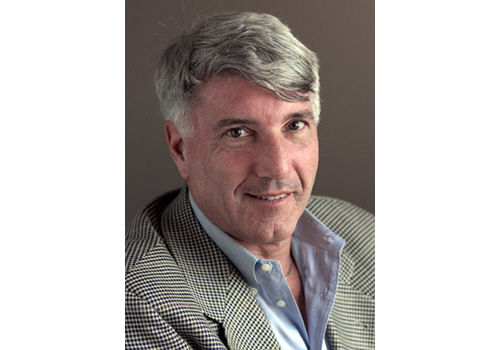 Dr. Woodrow Clark is a co-recipient of the 2007 Nobel Prize, along with former Vice President Al Gore, for his work as a co-author and co-editor of the United Nations Intergovernmental Panel on Climate Change Third Report. He was also the first Research Director for the UN Framework Convention on Climate Change, establishing the economic and technical basis for renewable energy technologies to be commercialized in developing nations.

He currently manages Clark Strategic Partners and consults with the Los Angeles Community College District helping their nine college campuses become energy independent and carbon neutral. I caught up with Dr. Clark to talk about renewable energy, energy policy, bicycle lanes and why it all matters.

Leslie Berliant: How did you become involved in co-authoring the report from the UN IPCC that ultimately made you a co-recipient of the Nobel Prize?

Woody Clark At the time, I was at the Lawrence Livermore National Laboratory in Livermore, California. At that time, it was part of the UC (University of California) system and funded by the US Department of Energy. The lb itself was named after Ernest Lawrence, the Nobel prize winner in Physics. For 50 years after World War II, it was all part of the UC system. That’s no longer the case, which is a shame. Anyway, I became aware of the work the UN was starting to do in this area and while I was full time at Lawrence Livermore labs, I asked if I could participate in the panels. They said I had to do it on my own time and at my own expense so I did. I found some money and paid for my travel and took time off from work because I thought it was an important topic to pursue. I was a participant in the panels throughout the 90’s. As a result, I was asked to be the first research director for one of the areas of the UN Framework Convention on Climate Change; I was to look at environmentally sound technologies like solar, wind, and others and see how they could be transferred from developed countries to developing countries. I had 6 co-authors covering things like wind from Denmark and solar from Japan. It was a landmark study. My involvement with the IPCC went on for about 4 or 5 years but after a while I changed jobs and went to work in Denmark as a visiting professor and wasn’t able to participate anymore. Another interesting twist is that I was the co-author on the chapter on economic and finance and the co-editor on the chapter on legal and contract agreements. Those are two areas that I’m very much involved in today. In fact, it’s what I do professionally with the colleges.

LB: Your background is as a qualitative economist, how did you become so involved in consulting on renewable energy strategies?

WC: Qualitative economics was an area I was exploring because of my graduate work at UC Berkley, but that was not what led me into renewables, that was totally separate. I actually saw the two merge, though, when I got in state government and served as Governor Gray Davis’ renewable energy advisor. I encountered companies that were making up numbers. Companies like Enron. I started asking questions about deregulation and the numbers they were using. Quantitative economics is about asking questions about numbers and looking at what someone means when they say things like ‘clean’ versus ‘green’.

LB: You’re currently working on a book on sustainable communities, what are you finding in your research?

WC: The books actually completed and it’s going to be released in July. It is specifically about looking at communities throughout the world and how they are actually sustainable. There are some towns in China, cities in Europe, the Community College system in Southern California, a high school in Northern California that are sustainable. Initially, I was trying to identify common factors. There are some, but there really is no cookie cutter approach. The findings though, have led me to another book on mechanisms for sustainable development and I just signed a contract to write that book.

LB: What do you mean by mechanisms?

By mechanisms, we mean what are the legal and contractual requirements, the liabilities, the regulations? We ask questions like where’s the money coming from, where’s the technology coming from and how various technologies like wind and solar can be integrated. We look at what technologies there are for storage. That area is critical. If we are going to have energy systems allowing for independence, we need storage. Another area is design and architecture. Another is what you do about planning. A whole college campus is different from a building on that campus. It’s a different project. And also, we look at infrastructure, water, energy, waste, transportation. It will be a whole series out in January of next year.

LB: Given your economics background, what are your thoughts on the draft climate and energy legislation (ACES) and particularly provisions that make the polluters pay like cap and trade?

WC: I’m a bit skeptical on cap and trade. I think we have to be a part of the Kyoto Protocols, we’re one of just two countries that haven’t joined. The last country will be China after we join. But the solution is not just cap and trade. I’m skeptical because it sounds a lot like deregulation when people are trading things that have no substance to them. I would prefer we meet these requirements through something other than cap and trade. People are focusing on cap and trade, but it’s not the only solution. We need to do something more akin to what Europe is doing. They are in a third industrial revolution based around renewable energy. They charge the real price for oil and gas. In the U.S. right now there are so many incentives to oil and gas companies that keep the price down. If the real price was charged, we would see more hybrids, more people using trains and other alternative modes of transportation. It’s really not about economic class, you simply have to get people out of their cars, especially in places like Southern California. Why don’t we have more bicycles? Europe is doing that. The other night I gave a talk and I showed a picture of an electric car from 1903. We’ve been steered in the wrong direction and we have to get back to where we were when things were more geared toward the environment.

LB: Are you optimistic about our ability as a community of nations to solve the climate crisis?

WC: Am I optimistic? Yes. Am I certain it will happen? I’m not sure. I’m optimistic though. We have the ability to change. But we can’t have a stimulus package without certain provisions. We can no longer afford to be technology neutral. We have to dictate and tell industry to clean up its act with renewables and clean technologies. It’s not just about bailing out the car companies, for example, it should be based on having cars that aren’t polluting. Paying them out of bankruptcy has to be more than that. It’s not just regulation but standards. And it’s about exceeding the standards and not just meeting them.

LB:What would you tell people who want to get involved in solving the climate crisis? What can people do personally?

WC: The first thing is to start at home, as a family. I even have my mother in-law getting her card playing friends to start recycling bottles and cans. I’m at Whole Foods recycling them practically every week. It starts at home with our children and family members. Be sure lights are turned off and computers are turned off when you’re not using them. If you are a renter, or have a condo, start advocating and educating people about solar and renewable energy alternatives. Participate at the local and county level for things like bike paths and programs to get people out of cars. Advocate to put solar panels on top of parking garages. I’m in a Home Depot parking lot in Riverside right now. There should be solar panels over the entire parking structure. It generates energy, protects cars and is good for the environment.

LB: You have 3 master’s degrees, a PhD, you teach, lecture and consult all over the world, what is the best part of your job?

WC: I’m in a job as a consultant. What I do is work with communities like colleges, film studios and private companies on how to make them green. My favorite part of that is being able to talk about it in a context that this is important for future generations. It’s important for my children and my grandchildren. My generation has screwed up the environment and we need to do something about it, not wait for 50 years. When my research friends say that it will take 30 years or more to implement change, that’s what we call a cop out.

I get very excited, though, when I see people cutting ribbons to buildings with solar panels on top of roofs and parking structures. Those are symbols of success.