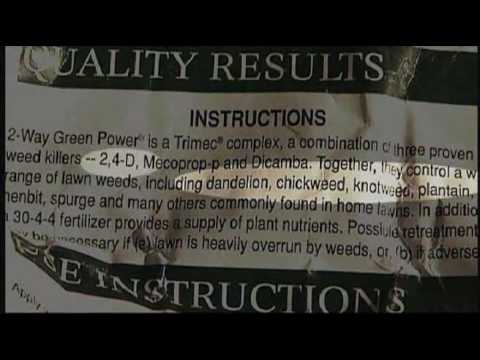 When dermatologist June Irwin first stood up in 1985 to speak at a Hudson, Quebec, town council meeting about the potential link between synthetic lawn pesticide and herbicide use and human and animal illnesses, she was written off as a flake. Irwin persisted, though, attending “every single town meeting in Hudson for six consecutive years – each time reading aloud a different letter with new observations and facts.” Eventually, she got her message across, and Hudson (population 5000) became the first town in North America to ban the use of these chemicals.

This week, Irwin’s story hits the big screen at film festivals in Boston and Sonoma, California. The independent documentary A Chemical Reaction premiered in August in Montreal, and received rave reviews from critics: MovieMaker magazine called it “one of the most eye-opening documentaries I’ve ever seen.”