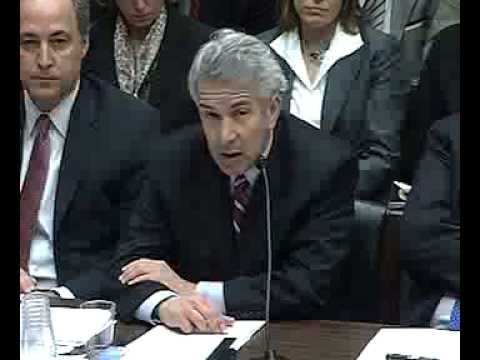 [social_buttons] The U.S. Chamber of Commerce promotes itself as the “voice of business” by representing business ideas and interests in Washington.  Really?  If this is true, then why are so many businesses leaving the Chamber?  So far, high profile utility companies such as Exelon, Pacific Gas & Electric and PNM Resources have left the business association.  Apple recently sent a letter to the Chamber’s CEO, Tom Donahue, resigning their membership effective immediately.  It appears the U.S. Chamber of Commerce is doing an inadequate job of representing current business interests.  So what is all the defections and hoopla about?  Climate Change…

The U.S. Chamber of Commerce is one of the main business lobbies in Washington with more than three million members spending about $62 million lobbying Congress last year alone.  The Chamber has vocally opposed a proposal by the EPA to use an existing law, the Clean Air Act, to set limits on greenhouse gases.  And on July 30, 2009, William Kovacs, SVP of Environment, Technology and Regulatory Affairs for U.S. Chamber of Commerce, testified against the “American Clean Energy and Security Act of 2009” and a cap and trade environmental policy tool in front of members of Congress.

Many major U.S. companies have launched very public campaigns urging the U.S. Senate to “pass clean energy legislation with a cap on greenhouse gas emissions this year” including full-page ads in today’s New York Times and Washington Post.  Other examples of corporate environmental action include the creation of BICEP (Business for Innovative Climate & Energy Policy) whose goal is to work with the business community and members of Congress to pass meaningful energy and climate change legislation and the formation of USCAP (United States Climate Action Partnership), an alliance of businesses and environmental groups who are calling on the federal government to enact legislation requiring significant reductions of greenhouse gas emissions.  Sounds great but my question is how can the U.S. Chamber of Commerce be so out of touch with its members current business interests?

Perhaps it’s because at least seven of the Chamber’s Board of Directors are executives at companies who claim to participate in USCAP.  Is this another example of corporate hypocrisy?  I applaud Nike’s decision to resign from the Chamber’s Board since the company is a member of BICEP, but what about the other seven board members – Caterpillar Inc., ConocoPhillips, Siemens Corporation, Duke Energy Corp., Deere & Company, Dow Chemical Company and Alcoa Inc.?  Will they follow Nike’s lead?  I hope so.

As I looked over the names of the Chamber’s BOD, I was also surprised to see Kimberly-Clark who just signed an agreement with Greenpeace and Harrah’s Entertainment Inc. who is a founding partner of Team Earth with Conservation International.  Now is the time for not only these companies but for all environmentally responsible companies to “walk their talk”.  If you are a member of the U.S. Chamber of Commerce, demand they revisit their position on climate change or take your membership (and money) else where.

Photo by World Resources Institute Staff on Flickr under a Creative Commons license.