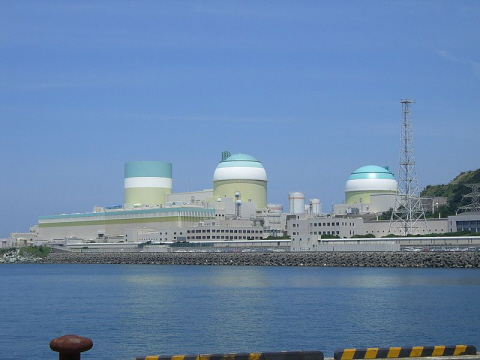 Nearly four weeks after a 9.0-magnitude earthquake and tsunami devastated northeastern Japan, emergency personnel are still struggling to stabilize the disabled Fukushima Daiichi nuclear power plant. Beyond the immediate need to minimize further radioactive leakage and protect public health, the government is beginning to reconsider its long-term plans for nuclear power expansion. International media coverage has typically assumed that Japan must expand its electricity generation from coal, oil, and natural gas if nuclear is no longer an option. But the leaders in Tokyo do not have to be restricted to just these choices. A review of Japan’s geothermal, wind, and solar energy potential shows that domestic renewable resources could easily power the world’s third-largest economy.

The aftermath of the two natural disasters has brought into sharp focus the vulnerability of a nation currently reliant on imports to meet the vast majority of its energy needs. Japan imports all the uranium used to fuel its nuclear reactors, which account for 11 percent of its energy consumption. And Japan is the world’s top importer of both coal and natural gas, which make up 21 percent and 17 percent of its energy use. It is also the third-ranking oil importer. Consumed largely in the transportation sector, oil accounts for 46 percent of Japan’s energy use. The remainder comes from renewable sources, mostly hydropower. Altogether, Japan spends some $160 billion a year importing all of its coal and uranium and virtually all of its oil and natural gas.

Considering the risks inherent in nuclear power, the chronic political instability gripping some key oil-producing regions, and the climate volatility and pollution-related disease resulting from continued fossil fuel use, Japan’s current energy economy is far from secure. The good news is that energy from the earth, the wind, and the sun can change this picture dramatically.

Located along the tectonically active Pacific Ring of Fire, with nearly 200 volcanoes and some 28,000 hot springs, Japan is one of the world’s most geothermally rich countries. Using conventional technologies, geothermal energy could provide over 80,000 megawatts of electricity-generating capacity—enough to meet half of the country’s electricity needs. But with the modern enhanced geothermal systems (EGS) technology now available, Japan’s geothermal potential could be far greater. To give a sense of the possibilities, a U.S. Geological Survey study of geothermal resources in the United States found that EGS increased estimated U.S. geothermal power potential 13-fold.

Despite this vast resource, Japan has developed just 536 megawatts of geothermal capacity since the first utility-scale plant came on-line in Iwate Prefecture in 1966. (See data at www.earth-policy.org.) In a given year, geothermal provides less than 1 percent of Japan’s electricity. What makes this particularly surprising is that three Japanese firms—Fuji, Toshiba, and Mitsubishi—produce two thirds of the world’s geothermal turbines.

Similarly, Japan’s enormous wind energy potential has hardly been tapped. At the end of 2010 Japan had installed 2,300 megawatts of wind capacity, enough to power 700,000 Japanese homes. The official goals for 2020 and 2030 are 10,000 and 20,000 megawatts, respectively, with the latter capacity equal to 6 percent of Japan’s current electricity consumption. But a 2009 study published in the Proceedings of the National Academy of Sciences estimates that Japan’s land-based wind resources could provide half of its electricity. If harnessable offshore wind resources are included, the wind energy potential far exceeds current electricity needs.

Japan’s most ambitious renewable energy goals are those for solar photovoltaics (PV), mostly in rooftop panels. Among the world leaders in installed PV capacity, Japan connected an estimated 900 megawatts to the grid in 2010, bringing its total capacity to more than 3,500 megawatts. By 2020, Japan aims to increase this eightfold, to 28,000 megawatts, with a goal of 53,000 megawatts by 2030. This would be sufficient to power 18 million Japanese homes.

Solar PV in Japan owes its recent rapid growth to strong policies promoting its adoption. For example, the government covers up to 35 percent of a home PV system’s installation costs. A requirement that utilities pay homeowners a premium for electricity fed back into the grid by renewable energy systems—known as a feed-in tariff or FIT—makes residential PV even more attractive. Begun in mid-2009, Japan’s FIT rate for PV is about twice what a resident would normally pay for a kilowatt-hour of electricity. Moreover, with technology improvements and further installations under the national PV 2030+ initiative, the government aims to make solar PV among the cheapest electricity options available.

Renewable Energy Challenges for the Japanese

While PV appears to be on its way to widespread adoption, multiple obstacles have impeded wind and geothermal power. One important constraint is the disproportionate funding for energy research, development, and demonstration (RD&D) allocated to the various technologies. Geothermal has received absolutely no RD&D funding from the government since 2002. Wind receives roughly $10 million per year. In stark contrast, nuclear power gets $2.3 billion per year.

Geography has also constrained geothermal and wind development. Japan’s best land-based wind resources are in northern and southern prefectures, whereas demand is highest in the middle of the country. Thus electrical grid and transmission expansion will be necessary to fully harness Japan’s wind energy. With geothermal, much of the potential capacity lies within national parks and has been declared unavailable under conservation laws passed in the 1970s. But because geothermal projects can be developed without significant negative environmental impacts, the government may want to revisit this policy.

Beyond being adequate to meet Japan’s current electricity needs many times over, geothermal and wind energy could also displace much of the expensive imported oil now used in transportation. Japan already has impressive rail ridership compared with other industrial nations. The key now is to shift more road freight to electrified rail, increase the use of light rail and metro subways within cities, and accelerate the replacement of conventional cars with plug-in hybrids and all-electric vehicles—and to run them all largely on electricity generated from renewable sources.

As Japan recovers and rebuilds from the disastrous earthquake and tsunami, the country will have to decide whether to rely even more heavily on inherently risky nuclear power and imported fossil fuels or to chart a new energy course. If the nation turned to renewables instead of fossil fuels and nuclear power, it would be investing in the health, energy security, and economic well-being of its people. In addition to avoiding the risk of future radioactive contamination of air, water, and crops, Japan would save tens of billions of dollars annually on imported energy. It would also nurture its already formidable renewable energy manufacturing industries. Japan was second only to China in PV manufacturing in 2009, and, as noted, Japanese companies dominate global geothermal turbine production.

Clearly, Japan does not have to settle for sources of energy that either pose a radioactive risk or destabilize the earth’s climate. By fully committing to wind, solar, and geothermal, Japan could cancel all planned nuclear and fossil fuel power plants, replace the existing ones, and power its transportation system with carbon-free domestic energy.

Secure your own energy future with energy efficient home features, including appliances, lighting fixtures and bulbs, and electronics.