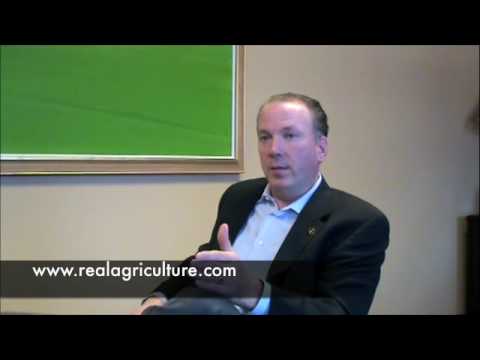 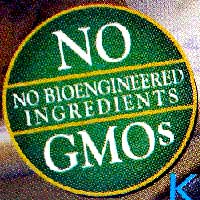 Back in 1995, I was party to some discussions about whether about-to-be-released GMO crops should be labeled at the consumer level.  It was clear that a failure to do so would look to some like a conspiracy, but we also realized that it would be far too expensive to track the great rivers of grain well enough to be able to label everything accurately.   Practicality won the day and GMO foods were never labeled.  15 years later this decision is still being needlessly debated.

Why You Can’t Really Track All Grain

It does not normally make sense for a farmer to have his/her own harvesting equipment.  There are “custom, contract harvesters” who move from South to North during the harvest season.  There are always some grains left in the harvester as it moves from field to field.  The grain is then hauled to local “elevators” which are used to store grain.  They only have a few silos which end up containing grain from dozens to hundreds of fields.  Segregating the GMO portion of the crop is not possible at this stage.   To ask this system to segregate and track GMO is absurd.  It is much more practical to “identity preserve” the small amount of non-GMO crop.  That also usually involves paying a price premium.

A “May Contain” Label Might Have Been A Better Choice

I actually supported the idea of a “may contain GMO” label, recognizing that things like corn and soybeans are turned into ingredients that are in just about any processed food (corn starch, HFCS, soy protein, soybean oil…).  Both the biotech industry and the food industry thought that a “may contain” label would unnecessarily frighten consumers.  I still think it would have inoculated them against alarm.  In the Information Age, only the absence of information stands out.

As I have written elsewhere, almost no fruit or vegetable crops will ever be GMO – not because of consumer wishes, but because of economics, brand protectionism, and alternative ways of achieving the same goals.  If GMO ever did move to fruit and vegetable crops, it would probably be intentionally labeled and farmers would then segregate the GMO from the non-GMO.  For instance, if there was a line of coffee with a trait that allowed intentional timing of flowering (and thus timing of harvest), it would be much cheaper because it could be mechanically harvested (this is actually needed, or coffee is going to become extremely expensive in the future).  A label could explain this.  If there was a new variety of potato with higher starch content, it would absorb less fat during cooking.  It could be proudly advertised as a “low fat” option at a fast food chain (there was such a potato in the works before McDonald’s killed the program).

The “Biotech By Choice” Brand Concept

There is the concept of an umbrella brand for these sorts of GMO innovations – “Biotech By Choice”  (I even once reserved the domain name for that). The GMO, Bt sweet corn, that already exists (quietly) should be the first product under that brand – if there ever was a grocery retailer with the guts to promote it.  Instead, they quietly tell their suppliers not to bring them any GMO corn.  The second product under the brand could be the GMO virus resistant papaya (which saved the Hawaiian papaya industry a few years ago). Instead it is being sold on a “don’t ask, don’t tell” basis.

A third product under the Biotech By Choice brand could be premium wine grown on virus and nematode resistant rootstock.  I once advised the folks in Chile, that own this Cornell-developed technology, to buy some previously ideal vineyard sites in Napa and France that are now worthless because they are contaminated with the nematode and virus which kill any grape you plant there.  They could buy that land cheaply, grow some really good grapes, and make a premium wine.  There are plenty of people who would subscribe ahead of time to be able to buy a case a year at a wholesale price.  Did that happen?  No. People with fears of genetic contamination (which shows that they know nothing about grapes) ripped the French version of that experiment out of the ground.  The US experiment still exists, but only because its location is secret.  Still, this technology will probably never reach the market (do you have a couple million spare bucks to help finish the work?).

A Biotech Crop to Feed the World

A fourth Biotech by Choice crop could be wheat.  It might be drought tolerant or efficient in its use of nitrogen.  It might be resistant to a herbicide so that specific varieties can be grown purely under a no-till system.  It might be resistant to Fusarium, a fungus, and thus free of the mycotoxin, DON or vomitoxin.  I’d like to be able to choose a loaf like that.  Wheat actually could be segregated into GMO and non-GMO.  Most wheat farmers have their own, on-farm grain storage facilities. Wheat quality is variable by variety, geography and year, so there is a lot of testing and movement of small lots.  If there were reasonable rules about “adventitious presence,” (e.g. a few kernals of GMO in the non-GMO because they were harvested with the same harvester). Then Biotech By Choice wheat products could be sold.  Will that happen?  Its hard to know.  The wheat farmers certainly hope so.

All Food Is Effectively Labeled if You Know A Few Rules

Most people would like GMO products to be labeled.  I get that.  But, if you know a few rules, they already are in a de-facto mode.  For the grain crops, other than wheat, it just isn’t practical to segregate, and it makes far more sense to label only what is non-GMO.  We do that and should. Just assume the rest contains GMOs. It is like buying eggs: they all contain cholesterol, but there is no need to say so on the label except for the “whites only” variety and no one would mistake the little boxes for eggs.

For fruits and vegetables it would make sense to proudly label the improved, GMO versions.  If they are not promoted that way, just assume they are non-GMO because that is the norm. This is comparable to the reason you don’t have to label lettuce or water that is “fat free.” If you don’t want GMO, don’t buy papaya’s from Hawaii.  You could also avoid squash, but I don’t think it is GMO anymore.

For wheat products, actual labeling will be feasible as long as people accept reasonable thresholds for adventitious presence. For now, just know that there is no GMO wheat being grown commercially, so there is no need to label anything (although most wheat products will have some soy or corn ingredients as well).

In my world, this all makes perfect sense.  I hope this helps.  If you don’t worry about GMOs, there is no need for labels.  If you have worries, it is easy to avoid GMO.  However, I’m under no delusion that activists will adopt such a view.  There is way too much money to be made in the fear business.