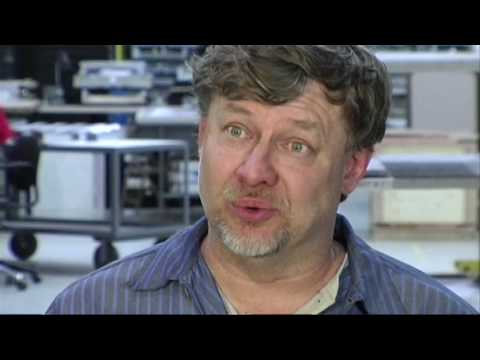 So, what exactly are green jobs? The answer to that question largely depends on an individual’s skills, training and experience: construction workers, computer programmers, and public relations professionals could all find themselves labeled as green collar in the right circumstances. For Dave Foster, a former official with the United Steelworkers, the phrase has a specific definition: “A green job is nothing more than a blue-collar job with a green purpose.”

[social_buttons]Today’s Post-Dispatch provides us with yet another example of how organized labor and mainstream environmental groups are joining forces to promote a green economy. Writer Steve Giegerich took note of steelworkers and Sierra Club members marching together recently to protest the loss of jobs at Granite City, Illinois’ U.S. Steel plant. As you can see in both the video above, and the article, blue collar workers around the country increasingly “get it”: green industry provides one of the most promising means of rebuilding a manufacturing economy in the United States.

Giegerich’s article focuses on the Blue Green Alliance, an organization co-founded by the Steelworkers and the Sierra Club, and which now consists of numerous unions and green groups. Like the Apollo Alliance, BGA believes that green collar jobs are the answer to expanding employment opportunities for millions of American workers:

Both working people and environmentalists have a stake in building the new, green economy. Transforming our economy through renewable energy, energy efficiency, mass transit and rail, a new smart grid and other solutions to global warming, has the potential to create millions of jobs, while reducing global warming emissions and moving America toward energy independence.

With environmental issues sinking lower on the public’s priority list, BGA and related groups are doing critical work: demonstrating that the economy and the environment are mutually dependent. They’re also providing a valuable lesson for us in the green movement: speak to people’s needs, and they will listen…