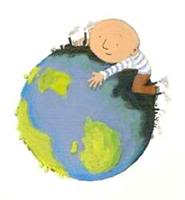 “Businesses and politicians have no part whatsoever to play in the solution: it is all about individual ‘non-civilians’.”

The Sust Enable webcast series was spawned in a climax of understanding… years of myriad input and countless bits of information collected over time at once coalesced into one artistic, complex and beautiful vision.  I’ve never experienced anything else quite like it.  This is why I sometimes refer to the project as my “opus”–it artistically expresses and defines who I was before this period.  Who I will be after, too, is forever altered by the work’s creation.  Like giving birth to a living being, the act of creation transcends your own capacity to control it.

I can only imagine that Keith Farnish’s comprehensive A Matter of Scale was a similar labor of love.  One can sense the author’s own expressive burst in the feverish love with which he forms his ideas.

A Matter of Scale is an e-Book only; not yet a typical “print” book.  This could be for a number of reasons.  It could be the author’s environmental concerns of tree-felling for books.  Then, it could be the crux of his whole philosophy of taking personal responsibility for the actions affecting our global ecosystem.  But one thing is certain–A Matter of Scale is unpublished certainly NOT due to its lack of quality insight and urgent information.  For its own modest scale and scope, it packs a wallop.

A Matter of Scale is a powerful read.  Farnish is a long-time environmental writer, and his experience shows.  Farnish implores us to expand our narrow perspectives about what’s going on with our planet by examining issues that often slip by the naked eye: issues of scale. For instance, microscopic viruses, who are so small and singular they walk the line between a living and inanimate being, are more deadly than the nuclear weapons that we tend to fuss over, while cities are breeding grounds for infection.

The implicit caveat inherent to noticing the astonishing significance of the tiniest elements on Earth is to then see the absolutely unfathomable enormity of the single human species’ influence on all living systems and processes of planet Earth.  Farnish dedicates Part Two of his book to illustrating the extreme effects humans, which perhaps from a global vision look as insignificant as little ants or bees, actually have on massive systems (just as bees and ants likewise facilitate innumerable plant life).

His main message is that each one of us can take personal responsibility for what we believe and choose, and that individuals taking direct action for what they feel is right is essential to developing a world we can all believe in.  This thesis resonates strongly with me.  It is the same concept that Sust Enable stems from.  Our philosophies and experiences continue to match:

“On a personal level, I have chosen to become a vegetarian for a number of reasons – the desire not to kill animals and the understanding that such a diet is more environmentally sound among them – but if I was a nomadic Inuit or a Kalahari Bushman, then dietary choice would only be possible if there was a surplus of the necessary nutrients to keep me alive. If I had to eat meat to survive then my vegetarianism would take second place to my hunger.”

– A Matter of Scale, Keith Farnish

Indeed!  I once believed living 100% environmentally sustainably in an urban setting in the United States would be a breeze.

What I failed to consider is exactly what he describes here: that your circumstances determine your range of choices.  Is dumpster diving really a viable choice?  Well, when you’re working 9:00 to 5:00 on editing and shooting a film, the answer becomes No!  While it might be possibly to live 100% sustainably with the resources available in Pittsburgh, it must be your top priority: if it’s not or it cannot be, then 100% is only a fantasy.

But why work on any given thing if the overall harm you could do to our shared world surpasses the overall benefit to you?  Farnish poses these questions by comparing side-by-side some common practices, and the results are provocative, to say the least.

Farnish has the tendency to wax philosophic sometimes, and he experiments with language that is alternately directly imploring and neighborly and warm.  Perhaps the tone only seems unsuccessful sometimes because our current social media is so saturated with similar messages.  Yet I think Farnish excels for the most part, especially in the sections in which he seamlessly incorporates theoretical and scientific information and lets it speak for itself.  Some of the research he presents here will wow you, and let you think about it for days.  And hopefully, serve as another little bit that ultimately provokes you to act.

I firmly believe, and Mr. Farnish has confirmed it, that if every human being on Earth had the means to realize her deepest dreams–and the means to grasp and understand her intricate presence and purpose within life–then the world, utilizing its maximum potential, would approach Utopia.  Mr. Farnish has acted in the best way he knows how, with his opus, A Matter of Scale.  I have acted with mine.