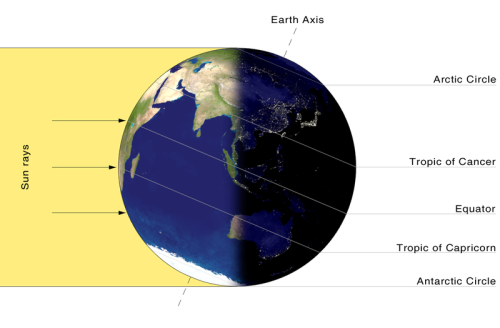 Growing up in the suburbs of Virginia, I didn’t even hear of Winter Solstice till 9th grade or so. I associated this mysterious Winter holiday with equally mysterious people…pale nerdy folks who liked to wear purple velvet clothing and buy dragon figurines and miniature crystal balls from New Age bookstores at the mall. They called themselves Pagans, and more specifically, Wiccans.

Though I wasn’t raised Christian, I still took on the same dismissive attitude as my local Bible-toting community, thinking of people who worshiped nature as eccentric, campy folks who should be left alone to perform their inconsequential hocus-pocus spells and rituals.

As I got older and became an environmentalist, the Winter Solstice did strike a bit more genuine interest within me; friends of mine- scientists, yogis, Christians, Jews, and treehuggers alike- were celebrating the Solstice in nightclubs, houseparties, and quiet gatherings in nature. I liked that Winter Solstice revelers were actually acknowledging some natural phenomena, something about planetary movement and time. I have been invited repeatedly to these soirees over the years, but never attended- the “hokiness” factor of my childhood kept me closed to the exploration.

Well, Winter Solstice 2008 will be my initiation into this ancient holiday. This year, on December 21st, the first night of Hanukkah will coincide with the first night of Winter Solstice. My friend Glennie Rabin will gather her predominantly gentile tribe together as she always does to celebrate the Jewish holiday and educate us on the traditions and the meaning of Hanukkah. I, the shiksa eco geek, will be there to share with everyone the ancient history, traditions and significance of Winter Solstice…

The word solstice is derived from sol, meaning sun, and sistere, to make stand still. Winter Solstice is also known as Midwinter, the marking of the shortest day and longest night of the year in the Northern Hemisphere. (Due to the 23.5 degree tilt of the Earth, the Southern Hemisphere simultaneously experiences the exact opposite.) In the northern sky during Winter Solstice, the three stars that make up Orion’s Belt (also known as the Three Kings or the Three Sisters) align with Sirius, the brightest star in the eastern sky. Beginning with the Summer Solstice, the Sun makes a decreasingly high arc across the sky from sunrise to sunset until the Winter Solstice. Then for three days, the Sun does not change it’s positioning on the horizon, hence the “stand still.” The Solstice ends when the Sun begins its ascent into the northern sky and days grow increasingly longer. This natural phenomenon led many cultures to celebrate a sun reborn from Mother Earth and a return to light at this time of year.

Many cultures from all over the world mark this planetary positioning with festivals, ceremonies, and feasts, bringing light and merriment to the darkest period of the season. The Germanic Yule, the Roman Saturnalia, the Persian Yalda, the Chinese Dōngzhì, and so on. Some even say the birth story of Christ is an analogy based on the astronomical phenomena of Winter Solstice. The Sun God reborn from Mother Earth became the basis for the story of God’s son born from Mother Mary. These theorists consider the three wise men visiting the exalted son of God at his birth as a metaphor for the grouping of stars referred to as the “Three Kings” aligning above the sun as it rises again in the northern sky. Hanukkah, also called the Festival of Lights, lends to easy comparisons with Winter Solstice; the addition of candles to the menorah with each passing day representing the return to light following the shortest day of the year. A similar comparison can be made for the kinara and the seven candles of Kwanzaa.

The true beauty of Winter Solstice is that no matter what your religious beliefs are, everyone can witness the planetary movement and appreciate the passing of the shortest day of the year together. Since Winter Solstice is celebrated all over the world in such a wide variety of ways, there are a few traditions that I’d like to recommend for first timers:

In the mayhem of the modern world, it is easy to miss the sun as it rises and sets, or be unaware of the extreme quiet happening in the forests and fields at this time of year. Acknowledging the phenomenon of Winter Solstice can be a way for all people to collectively tune in to the natural world from which we come, and honor the cycles that undeniably effect us all.