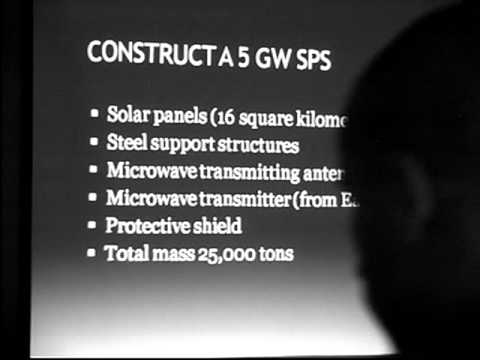 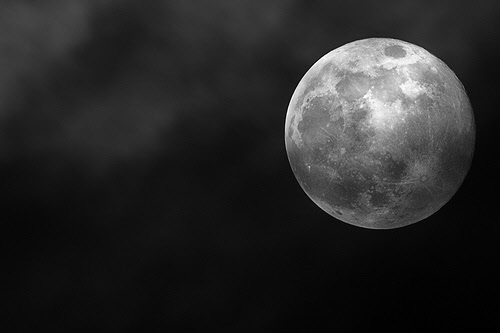 Many of science’s biggest ideas start out as fantasies, often considered ludicrous – until they’re achieved. The moon shot would be the most familiar example of something quickly going from risible poppycock to fait accompli. A slightly earlier one would be Leó Szilárd running around showing everyone he could (mostly scoffing skeptics, with some notable exceptions like, say, Albert Einstein) the basic design for an atomic weapon.

Similarly, physicist David Criswell, director of the Institute for Space Systems Operations at the University of Houston, has spent the last four decades evangelizing for a novel energy solution: solar power from the moon. The advantages to such a scheme, if it’s feasible, are immediately obvious:

The challenges are equally clear:

Similar concepts have been proposed for asteroids and Sun-orbiting satellites, but as a well-known, nearby object with gobs of surface area, the moon seems like the most promising candidate for space-based solar power harvesting. Experiments have already been done to show that rudimentary solar cells can be built using only the materials already extant in the moon’s surface.

Sure, it seems like an idea whose time is still a long way off. That was once true of visiting the moon at all…until it wasn’t. And it happened very fast. Looking back at John Kennedy’s famous “by the end of this decade” ultimatum, doesn’t it seem wildly optimistic, the kind of goal politicians set and then never achieve?

But damn it all, we did it. The next time someone you hear someone complain the government can’t do anything right, remind them of that. It was sad to see that Newt Gingrich was mocked in last year’s GOP primary less for his genuine bad ideas (and they were legion) than for his support of a permanent moon colony. If there was ever a time to think big, this is it.

This guest post has been provided courtesy of Mariana Ashley, an education blogger who offers accredited online colleges news to those investigating their career options. You can contact her at mariana.ashley031@gmail.com.