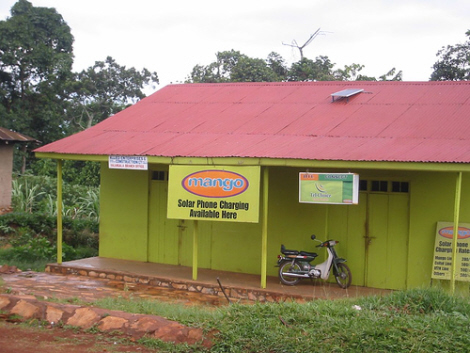 If someone offered you a solar system for $12, you’d probably be immediately suspicious. Once they told you it only powered a LED light bulb and charging plug for your cell phone, you might chuckle… such a device might be kind of cool, but hardly useful… right?

Not in this country… or in most of the rest of the developed world. In the developing world, however, such a simple device has immediate impact on quality of life. As a December article from the New York Times notes, micro solar systems not only allow people to stay connected to the larger world more easily (by charging their phones), but also to avoid the health, safety and environmental impacts of the most common form of lighting in off-grid villages: kerosene lamps. They increase both educational and economic possibilities for people that are often disconnected from both.

As Josh Suskewicz at Environmental Leader argues today, these simple solar systems don’t just have enormous transformative potential for people around the world, but also huge financial potential for entrepreneurs willing to embrace such markets. Most of us equate renewable energy with either large-scale developments (think wind farms) or technologies for individual homes and buildings in the developed world. The micro solar system (Suskewicz points specifically at Barefoot Power‘s Firefly line) represents truly disruptive technology in that it offers an “…entry point to a holy grail of economies around the globe, developing or developed: affordable, decentralized, renewable electricity.”

You might also call such technology the holy grail of social enterprise, in that it combines massive potential for changing lives and creating wealth (for both sellers and buyers). At the smallest scale, a villager in, say, Kenya (the focus of the Times article) can not only charge his/her own phone (rather than traveling hours to do it), but also offer charging service to other villagers. Since cell phones are often the only means of connecting with the outside world in these places, there’s an immediate demand… there’s also more opportunity for those with cell phones to engage in economic activity. Many already use them for money transfers and such, but there’s no reason that some couldn’t engage in some basic forms of e-commerce through their phones.

The Times article also takes note of how such technology creates  more educational potential for children in these villages, as well as cost savings for all concerned:

Since [Kenyan Sara] Ruto hooked up the system, her teenagers’ grades have improved because they have light for studying. The toddlers no longer risk burns from the smoky kerosene lamp. And each month, she saves $15 in kerosene and battery costs — and the $20 she used to spend on travel.

Sure, there are downsides: if the sun’s not shining, a user will have little or no power, so accessible battery storage systems might represent the next logical step up for such development. There will need to be options available eventually for responsible disposal of the small amount of waste created as such systems become more prevalent. But even with these hurdles, these kinds of systems represent opportunity for real change for people in many parts of the world… and a not-so-obvious, but potentially very lucrative, opportunity for social entrepreneurs.

Know of similar technologies and efforts? I have written about Suntrica solar chargers at SUNfiltered, but would love to hear about other projects on this front…

Thinking about switching to super-efficiency LED lighting? Check out our selection of lamps, bulbs, and even lanterns.

Image credit: futureatlas.com at Flickr under a Creative Commons license