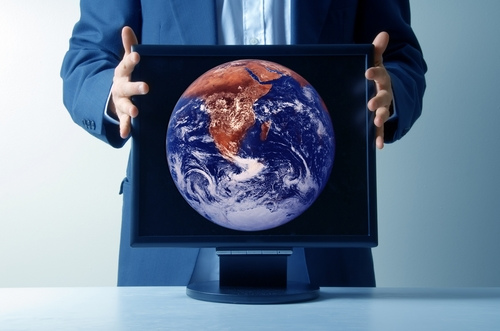 Yet another round of global business executives has called for action on climate change. This time, about 150 global firms agreed that they want mandatory emissions cuts.

The companies aren’t obviously green ones, either. They’re names like Nike, Johnson & Johnson, Coca-Cola, Nokia, and Nestle. And they represent the U.S., Australia, China, and many European nations. But they all agree that the scientific consensus on climate change is overwhelming and that a binding agreement “will provide business with the certainty it needs to scale up global investment in low-carbon technologies.”

Prince Charles actually headed up the charge: the agreement was signed at his home in London and organized by the Prince’s Corporate Leaders Group on Climate Change. That sounds like a nice group to be in.

Tony Juniper, executive director of Friends of the Earth-Britain, gushed to the Washington Post about how different big business’ attitudes are now compared to when the Kyoto Protocol was signed 10 years ago:

“These businesses get it. They see the threat of climate change, and they know that action needs to be taken, and that it makes economic sense to tackle climate change.”

The agreement and list of signatories has been sent to world leaders at the Bali climate change talks.

In addition to the global big wigs, a separate coalition of U.S. companies and environmental groups like Shell Oil, PG&E and the Natural Resources Defense Council helped underwrite a report that examined 250 options for the U.S. to cut emissions. The report found that we could cut emission 7 – 28 percent below 2005 levels by 2030 based on existing technologies and “high-potential emerging” ones. The bulk of the cuts would rely on energy efficiency improvements, but other emerging methods, like carbon sequestration, were also included. In all, the report concluded that 40 percent of the efforts would result in cost savings.

Nations like the U.K. and the U.S. could use a little kick in the pants (or a big one). A British business lobby group called the Confederation of British Industry (CBI) said the U.K. will likely miss its emissions targets for 2020, but could still meet its 2050 goals. To achieve that, the CBI called for a fundamental change in the way British companies do business and issued a series of pledges to help companies adopt greener practices.

On the other side of the pond, George W. Bush shows no sign of listening to business leaders on this issue. According to the BBC, the Chairman of the U.S. Council on Environmental Quality, James Connaughton, said he couldn’t envision the day when America would stop its growth in global warming emissions. Furthermore, Bush’s chief science adviser, John H. Marburger III, said:

“We’re probably further ahead in actually doing something about greenhouse gases than most other countries.”