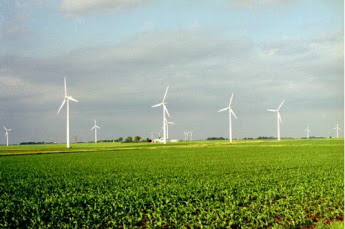 As I’ve mentioned before, Missouri is one of a handful of states that don’t have a net metering law. In other words, if you install a grid-tied renewable system on your home or business, utilities in the state are not required to credit your electric bill at the retail rate for excess energy produced — the current system that the state government calls net metering only requires utilities to credit energy-producing customers at the avoided-cost rate. That could change as early as this year, as Missouri Senate bill 674, the Easy Connection act, has been introduced, and is now under consideration by the Senate’s Commerce, Energy and Environment committee. According to the Columbia Missourian, the bill:

…would amend regulations for connecting alternative energy sources to existing power grids and require utility companies to give credit for excess electricity produced by homeowners through a process known as net metering. As it stands, Missouri law does not accommodate the practice. …

Sen. Joan Bray, D-St. Louis, said she chose to sponsor the bill because existing laws aren’t creating any incentive to use renewable energy.

“It’s a chicken-and-egg thing,” she said. “There aren’t a lot of people using it now, but if the law stays the same, there certainly won’t be many more.”

Net metering provides the best of both worlds for consumers who choose to invest in renewable energy technology: they have the security of grid connection, but are also compensated fully for excess power they produce that’s fed into the grid. As such, it provides an incentive for investing in small-scale renewables. Furthermore, it prevents utility companies from discouraging installation of renewable systems.

If you’re a Missouri resident that wants to support the Easy Connection Act, the organization Renew Missouri (which has already testified before the committee considering the bill) has information available on how to get involved. I’ll certainly be writing to my own Senator Jeff Smith, whom I’m inclined to believe would support the bill. I hope others will, too — it’s about time Missouri caught up with Indiana, Michigan, and the rest of the 41 states (in PPT) that have implemented net metering laws.