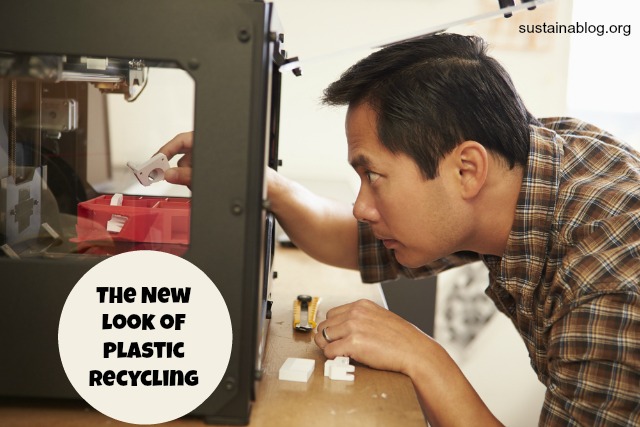 I’m still coming around on the notion of 3D printing as a useful consumer technology, but news out of Michigan Tech has given me a big push. The university’s Open Sustainability Technology group thinks that 3D printers could create a much more sustainable model for plastics recycling: if you can turn your own plastic milk jugs into the things your need, that eliminates the energy needed to gather these recyclables and process them in mass.

The group has focused on recyclebot technology for consumers, but also realized that the current system of labeling plastics for recycling is woefully inadequate for moving in this direction. Because #7 is a catch-all category for resins not included in the other six groupings, some materials would work great in your printer; others definitely wouldn’t. So the group has focused on creating a new labeling system that gives people the information they need to use their plastic waste in a 3D printer.

It turns out that China has a much more expansive system of plastic recycling codes: while the US has seven categories, the Chinese have 140 codes for different polymers. Lead researcher Joshua Pearce and his team started with the Chinese system, and then focused on the polymers that would work to create 3D printing resins. They also “…made the system expandable to accommodate innovations in printing and plastics.” And, in order to makes sure that items consumers printed at home could be recycled in printing resin by anyone with a recyclebot, they created freely-available scripts for printing the symbols on new products.

The group’s work on creating resins from recyclable plastics not only holds promise for energy savings, but also for the cost of 3D printing for consumers. While resin available for purchase costs about $30/kilogram (or a little less than $15/pound), Pearce and team have lowered the cost to ten cents per kilogram.

This video from 3DPI.TV digs a bit more into the Open Sustainability Technology group’s work, and their development of the new recycling codes is detailed in Resources, Conservation and Recycling. Know of other efforts to make plastics recycling a home-based practice? Share them…