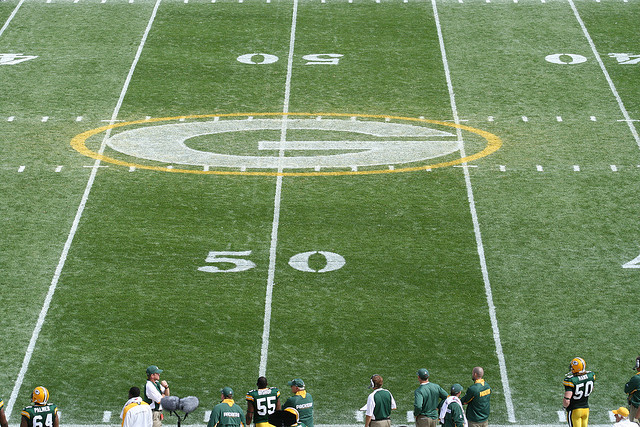 National sports are a seemingly ageless pastime that garner a huge amount of resources and media attention every year. They’re a divisive issue for certain people, who will readily fight fans of opposing teams; people are unhappy when their team loses and jubilant when they win. America in particular is host to a variety of sports that hold national attention as their seasons slide smoothly from one to the next. Nearly everyone has some sport that they care for, from soccer and hockey, where America is not necessarily a world leader; to baseball, basketball and football, which are the bread and butter of American sports.

These sports can also be a disturbing reflection of American consumerism. Professional athletes frequently make more money than teachers and police officers. Their games are played in huge stadiums to hordes of fans who can spend hundreds of dollars on a ticket; they show up in their team jerseys and eat overpriced concessions, and the whole spectacle is recorded live and played to an even larger home audience. The Dallas Cowboys play in a stadium that cost 1.2 billion dollars; some attendees of SuperBowl XLV paid upwards of $23,000 per ticket. Everything about the industry reeks of excess.

It’s a little bittersweet that the Buffalo Bills have recently announced an agreement to install micro-wind turbines as an additional source of energy for their Ralph Wilson Stadium, or that the Philadelphia Eagles are planning to install the NFL’s largest solar array in their own stadium. On the one hand, sustainable energy doesn’t happen over night – everyone has to start somewhere. It’s certainly bringing the renewable energy cause a lot of good publicity among people who otherwise wouldn’t care.

On the other hand, when is a little effort too little effort? NFL players make hundreds of thousands of dollars every year in salary, which doesn’t take into account at all the amount of money put into building and maintaining their stadiums, transporting the teams to away games, or any number of other expenses they accrue throughout the season. It’s not easy to write-off everything negative about the industry when they make a token effort to install some solar panels or other renewable energy.

Anything is better than nothing, and it’s certainly unrealistic to expect that the the NFL will make some huge gesture that shakes up environmentalism. They are a for-profit industry, after all. At the same time, they are in a unique position in that they have national attention and a seemingly unlimited amount of money – any action that they take is liable to ripple outwards. Switching part of their energy to a renewable source is going to spread a little; if no one asks, will they every take bigger actions with bigger results?