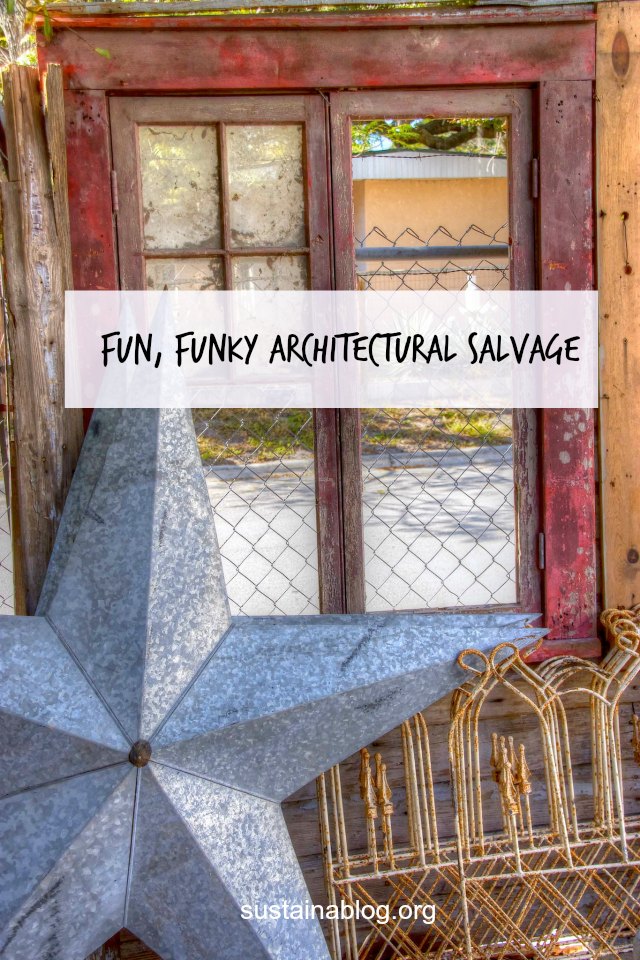 Since I live in a historic district, I’m used to seeing dumpsters set up in front of houses in the neighborhood – lots of rehabbing going on. I’ve always got mixed feelings about those dumpsters: it’s great to see these old homes being “reused” in this manner, but there’s generally also a lot of good material going into the trash. Fortunately, we do have a number of architectural salvage businesses around St. Louis, so I know that at least some of those doors, windows, and sections of molding coming out of 100+ year-old homes is going to other rehabs. And, I know these kinds of businesses exist in many cities with older building stock.

Apparently, not in Norfolk, Virginia, though (which I’m sure has some wonderful old buildings). Resident George Arbogust has already waded into the waters of green entrepreneurship, and now wants to open a space in the city’s Arts District that would offer architectural salvage, as well as upcycled goods, for sale.  His pitch video doesn’t waste any time – take a look:

This is a different use of crowdfunding (at least in my limited experience): George wants to use this campaign to demonstrate demand/support to the judges at Norfolk’s Vibrant Spaces competition. The concept he has in mind certainly seems tailor-made for the funky, artsy part of town: he envisions one part gallery for work produced by upcyclers, and one part warehouse for those that want to do some upcycling. While he’s planning a for-profit model, he’s also considering a “B corporation” structure that would allow environmental and social benefits to come into the profits equation should he bring in investors.

While supporters in the Norfolk/Hampton Roads area will probably create the most benefit for the long-term, I’m sure George would be happy to take financial support from anyone willing to pitch in. If you decided to kick a few bucks his way, let us know, and tell what inspired you to help out. If you’re running a similar operation – anywhere – feel free to share your own experiences with us.