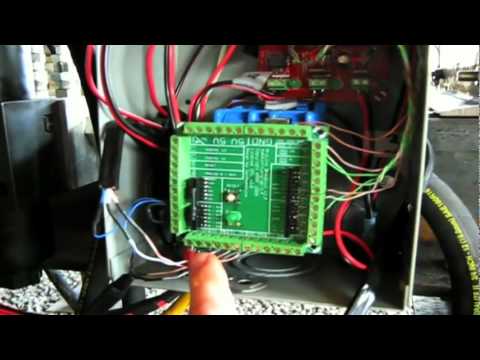 Yesterday, as I was putting together the week’s green tech finds post over at SUNfiltered, I came across the Solar Fire, another open source solar concentrator concept. That was cool enough in itself, but I also saw that this idea was connected to another that a friend had recently introduced to me: Open Source Ecology’s Global Village Construction Set, “an open source, low-cost, high performance technological platform that allows for the easy, DIY fabrication of the 50 different Industrial Machines that it takes to build a sustainable civilization with modern comforts.”

Huh? Well, imagine being able to fabricate five thousand bricks a day with the dirt on your land… and with a machine you built yourself. Or working your land with a tractor you built from scrap metal that could run on biodiesel you also made yourself from waste vegetable oil. These are just two of the prototyped concepts from the GVCS… the Solar Fire is now a part of the mix, also.

The concept was developed by Marcin Jakubowski (a friend of a friend… we haven’t met in person yet), who’s organized the Factor e Farm in western Missouri as a testing/proving ground for the broad concept of building a community with self-built appropriate technology. I could attempt to spell it all out here, but I think Marcin himself does a much better job in a short TED talk he gave in April:

The organization’s already built/crowdsourced a huge repository of information in its wiki… spend some time poking around, and you’ll definitely find some ideas that inspire you.

The overall concept just fascinates me… small-scale, do-it-yourself production for creating sustainable and viable communities (in the developed or the developing world) that combine low impact with modern comfort. Take a look at the videos here (as well as others on the Open Source Ecology site), spend some time on the wiki, and let us know what struck you.